22 Facts about the Concorde 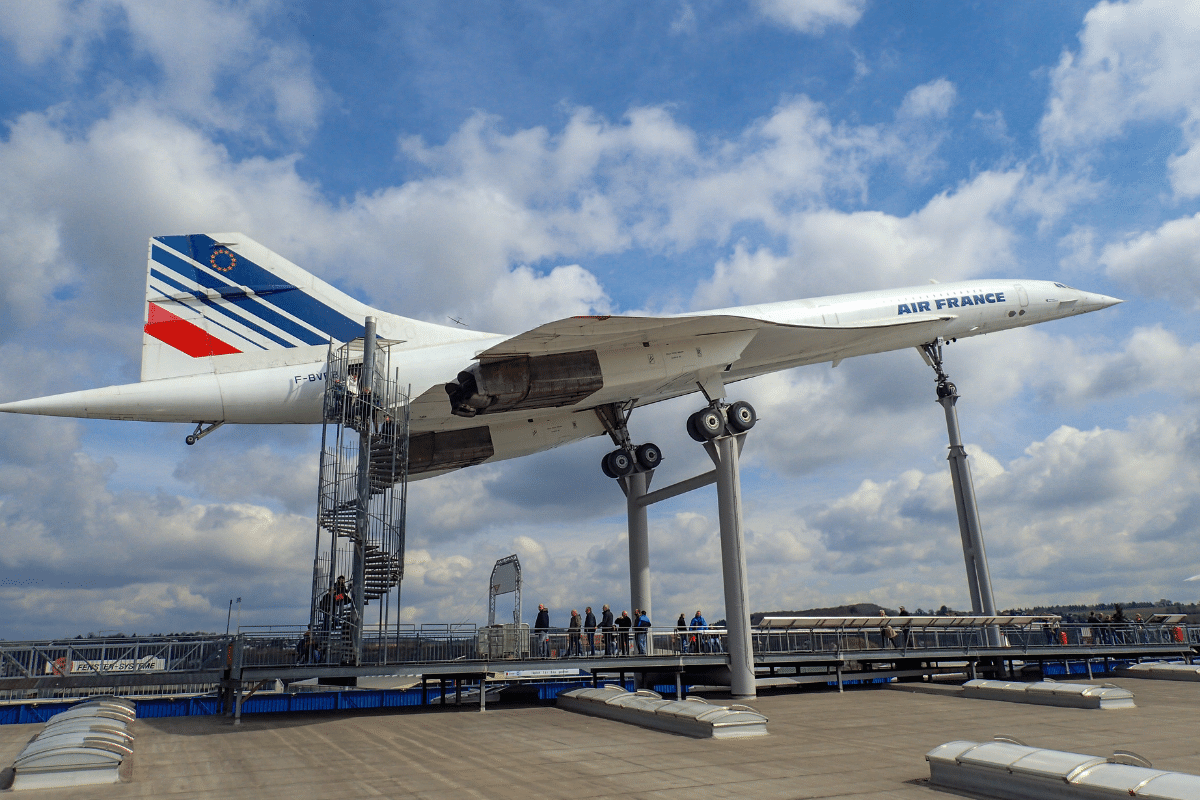 2. On the 1st of June 1972 the Concorde started a tour of Australia, the UAE and other countries to complete a 45,000 mile sales tour of the world.

3. On September 26 1973 the 002 Concorde crossed the Atlantic for the first time, going from Washington to Paris in just over 3 and half hours.

5. On January 21 1976 the first British Airways Concorde flight took place. The plane flew from London to Bahrain and the pilot was Norma Todd. The plane had only arrived a few days earlier to Filton, Bristol. This flight was a live TV broadcast.

6. On January 21 1981 the Concorde celebrated its 5th birthday and its magnificence is starting to be appreciated. With an astounding record of over 700,000 passengers, 50,000 flying hours and over 15,800 flights, the craft is given its rightful place as one of the best planes of all time.

7. On March 31 1984 the British Government decide their involvement in Concorde has been too intense and left all funding and decision making almost solely down to BA.

8. On July 13 1985 the power and reliability of the Concorde was proven by Phil Collins after he usesd the service to fly from the U.S. Concert on the very same day to Live Aid Charity concert in the U.K.

9. On November 1 1986 Concorde went on to complete its first round the world charter flight in an astounding 1 day, 7 hours and 51 minutes.

11. On February 7 1996 Trans-Atlantic flight records were broken with the Concorde managing the flight in 172 minutes and 59 seconds.

12. On August 11 1999 the Concorde managed a visually mind-blowing feat of chasing the sun’s total eclipse as they flew in supersonic formation.

14. On August 15 2000 BA announced that it would stop flying Concordes. This decision was made that quickly that it even caused one craft to be stopped mid take-off following the craft’s Airworthiness certificate being revoked.

16. On November 7 2001 the Concorde returned. After a lengthy and very pricey safety improvement drive from the team over at Concorde, the plane hit the skies as a commercial jet once again.

17. On January 12 2002 the Paris crash results came in. The French Accident Investigation Bureau said that the cause of the incident was a chunk of rubber, caused by a stray strip of metal puncturing a tire, had shot up into the fuel tank and caused a leak.

18. On April 10 2003 British Airways and Air France started ringing the definitive final bell. Both companies agreed to retire the craft after the commercial flight numbers dropped which was most likely due to the Paris crash.

19. On May 31 2003 Air France had their last Concorde flight from JFK to Paris’ Charles De Gaulle Airport. All the French Concorde’s were on display around the world. In the October, the last BA Concorde flight took place.

20. On March 10 2005 Paris’ dreadful crash was brought back into the limelight when Continental Airlines are put under investigation. They of course deny and wrongdoing and said the fire wasn’t caused by the strip itself claiming they made no errors.

21. On November 29 2012 Continental Airlines was in the Versailles appeals court. They were deemed to have no criminal responsibility for the Paris crash as there was no link between the strip and the fire.

22. On February 7 2017 Concorde 216 wass given pride and place at Aerospace Bristol’s special hanger near Filton Airfield. A joint operation between BA and Airbus engineers, the craft was dragged up the ramp and left to bask in the glory and history of this wonderful plane.

So there we have it, one of the most awe inspiring crafts of the late 20th century from anywhere in the world dragged through the mud in its final years all down to the existence of a strip of metal and a definitely appalling crash.