Jupiter which is also known as the largest planet in Solar System has many mysterious and suspicious Jupiter facts that will be the answer to the question “Are we alone in the universe?”

Vacuum Cleaner of The Galaxy

One of the most interesting Jupiter facts shows that, in the galaxy Planet Jupiter works as a Vacuum Clear, and scientists say that without this planet we would never exist because it has a very strong gravitational field that sucks all the asteroids and commits that could destroy the whole Solar System, including earth., which might would become the most painful science fact.

Ganymede is the largest moon of Jupiter and is the 6th largest moon in the solar system, it is the only moon in the solar system to have its own magnetic field, its size is also admirable because it’s even bigger than mercury, scientists has found out that this moon has the ability to have life on it, it is hypothesize that huge water ocean lies beneath its surface that might has produced life.

The weirdest fact about Jupiter is that it is a planet made of Gas. The clouds on this planet are 50 km thick, which is quiet, known to be a thin layer of clouds, below the clouds there exists 81% of Hydrogen and 17% of Helium. Although which means the probability of water on Jupiter is only 1%, which clearly means that without oxygen and water the possibility of life on Jupiter is very low. 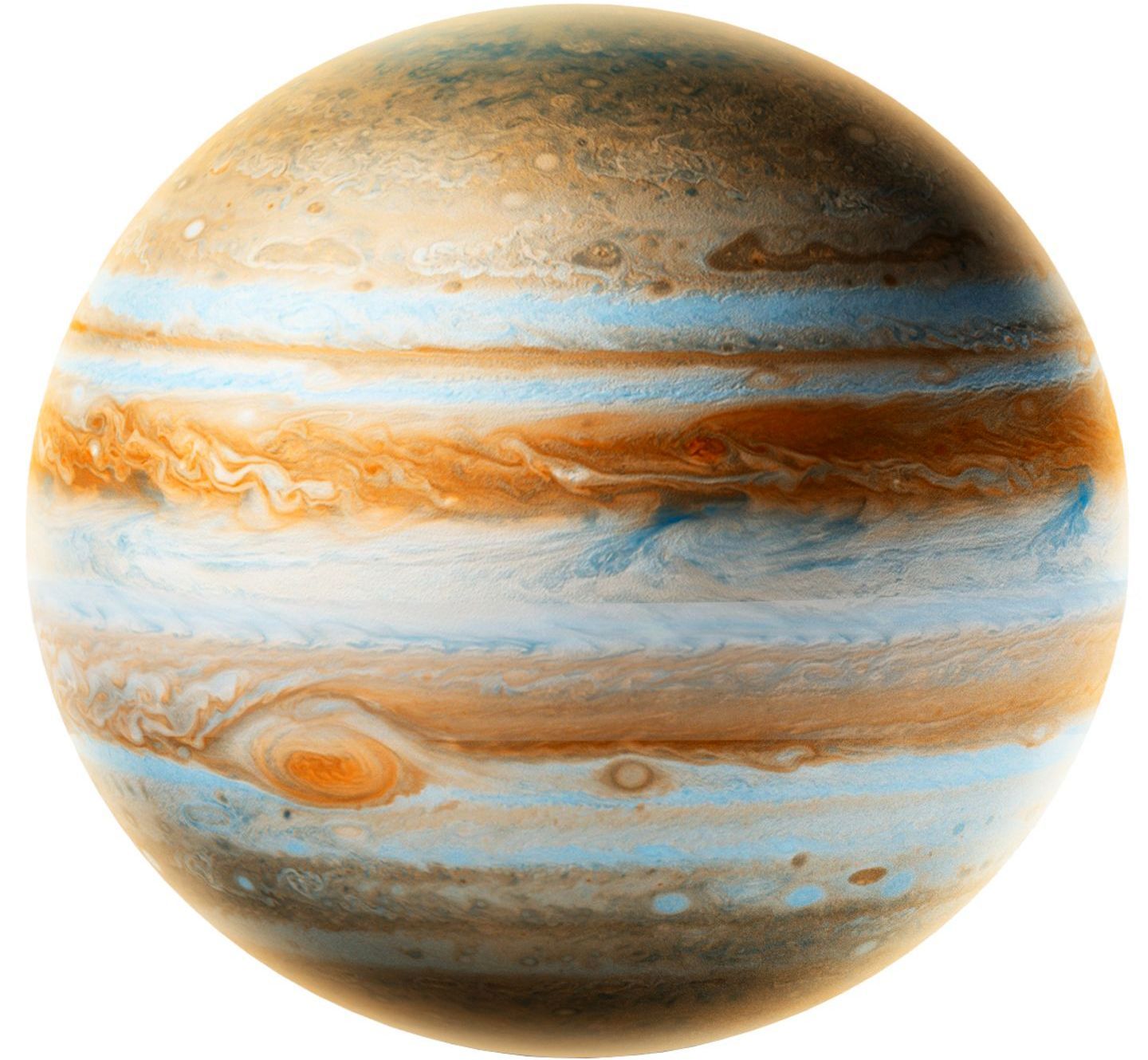 You may have seen “The Great Red Spot” in almost every sketch or picture of Jupiter, this red spot is actually a great cyclone storm, which looks pretty small but its size is bigger than Earth, this Red spot was discovered almost 400 years ago and it shows no signs of vanishing in future.

If you liked our article on Jupiter facts: The Largest Planet in solar system then you should also love reading: Interesting Facts about Mars

Due to its composition and size it is believed that Jupiter is a Failed Star in our solar system, its composition is totally similar to the Stars. Scientists say that if this planet could have been 80 times much bigger than its actual size, it would definitely have become a Star.