The Eiffel Tower is one of the world’s most famous landmarks and synonymous with the city of Paris. Here are 27 interesting facts about the Eiffel Tower you might not know. 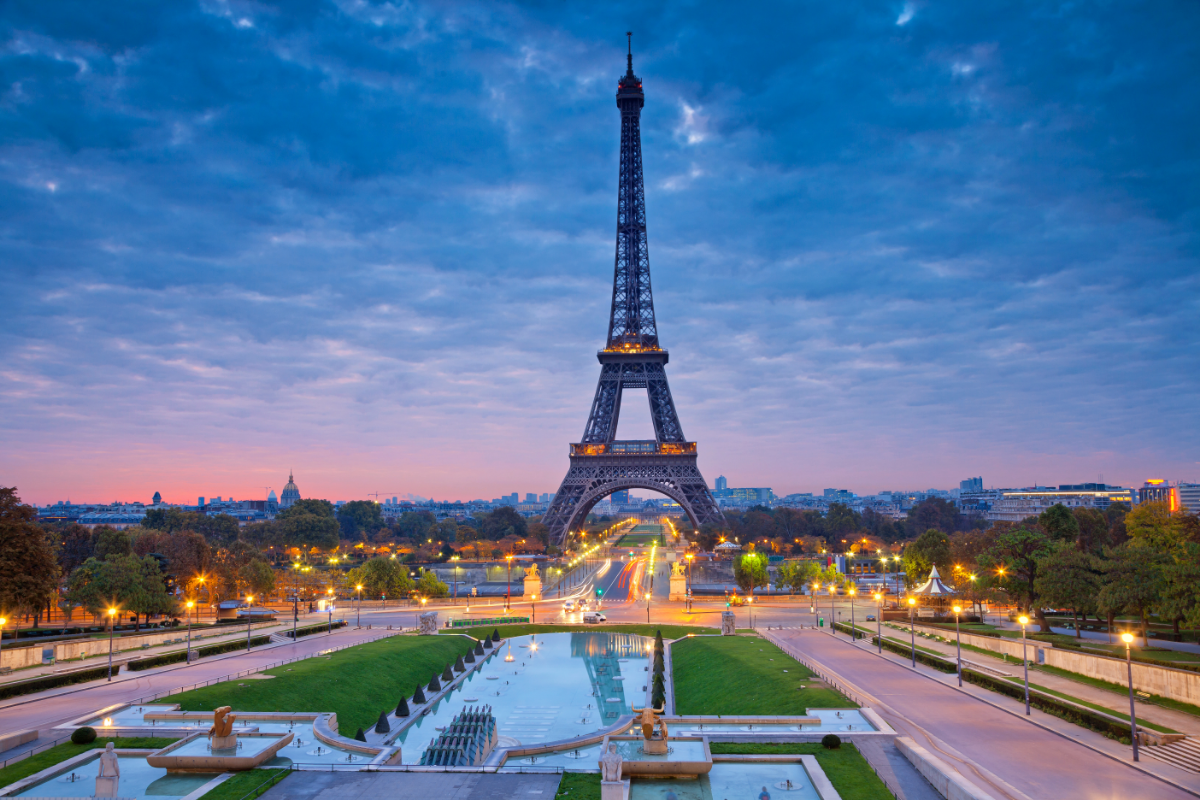 27 Interesting Facts about the Eiffel Tower

1. It took 2 years, 2 months and 5 days to complete the Eiffel Tower

It is possible to climb to the top of the Eiffel Tower but most people take the lift.

4. The Eiffel Tower was meant to be built in Spain.

Luckily for Parisians the Spanish rejected the project and it came to France instead.

This is the equivalent of circling the earth two and a half times.

The French car manufacturer Citroen used the Eiffel Tower as a giant advertising billboard between 1925 and 1934. The name Citroen was lit up with 250,000 lightbulbs and this was listed as the biggest advertisement in the Guinness Book of World Records. 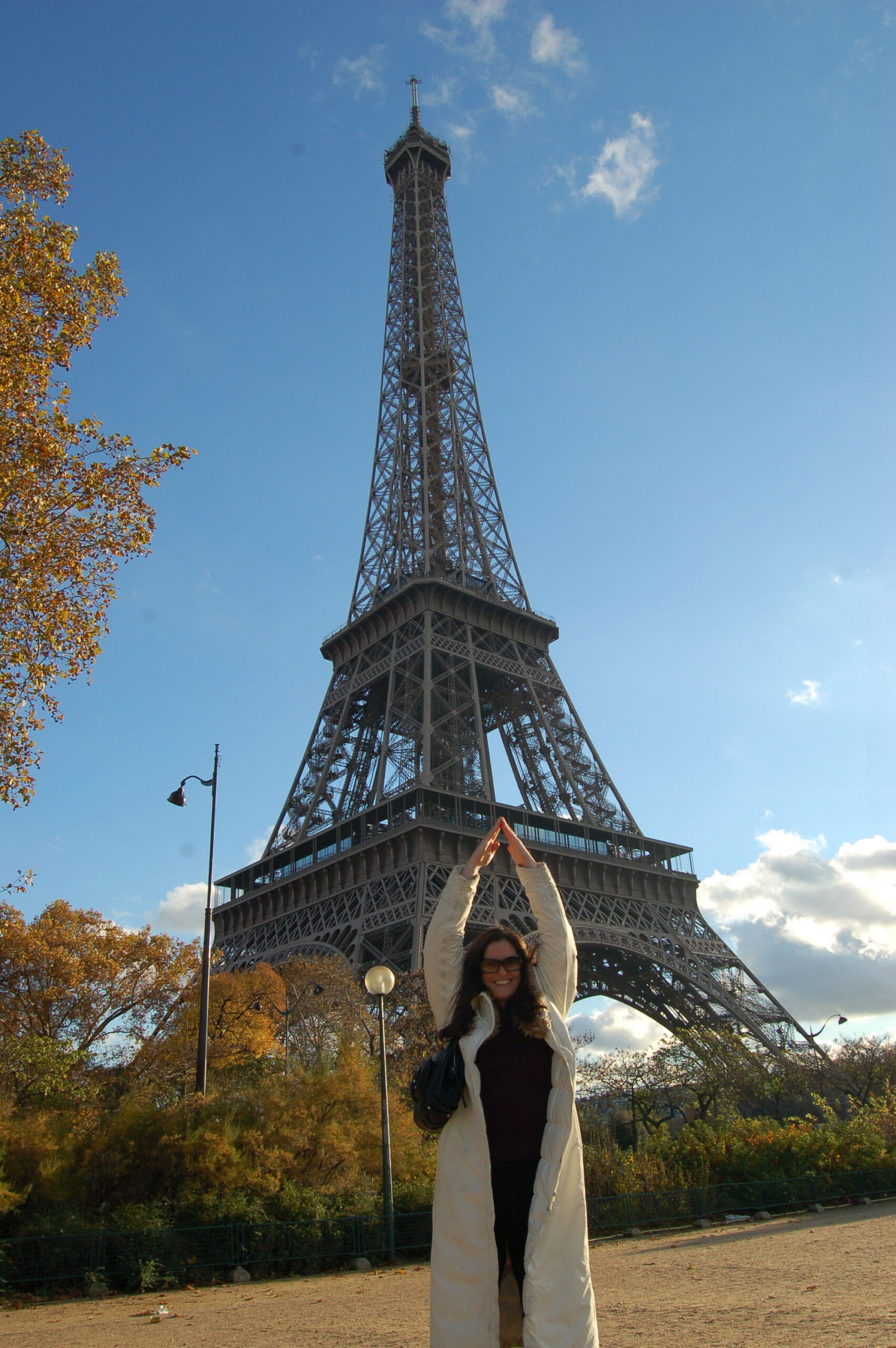 7. The French cut off the lift in the Eiffel Tower during World War 2.

If Hitler was to visit the Eiffel Tower they wanted to make sure that he had to climb all of the stairs to reach the top. Nazi soldiers attempted to attach a swastika to the top but it blew away.

8. Over 250 million people have paid to visit the Eiffel Tower

Today the tower wlecomes almost 7 million people a year. This makes it the most visited monument that is paid for in the world.

9. The Eiffel Tower changes in size over the day.

Due to the high quantity of metal in the tower, it expands up to 6 inches when the sun comes up. At night the metal cools and it shrinks. Engineers say that the tower is 15cm taller in the summer.

When you are standing at the top of the Eiffel Tower you may feel like it is moving with the wind. That is actually correct. The tower sways around six to seven centimetres in the wind. 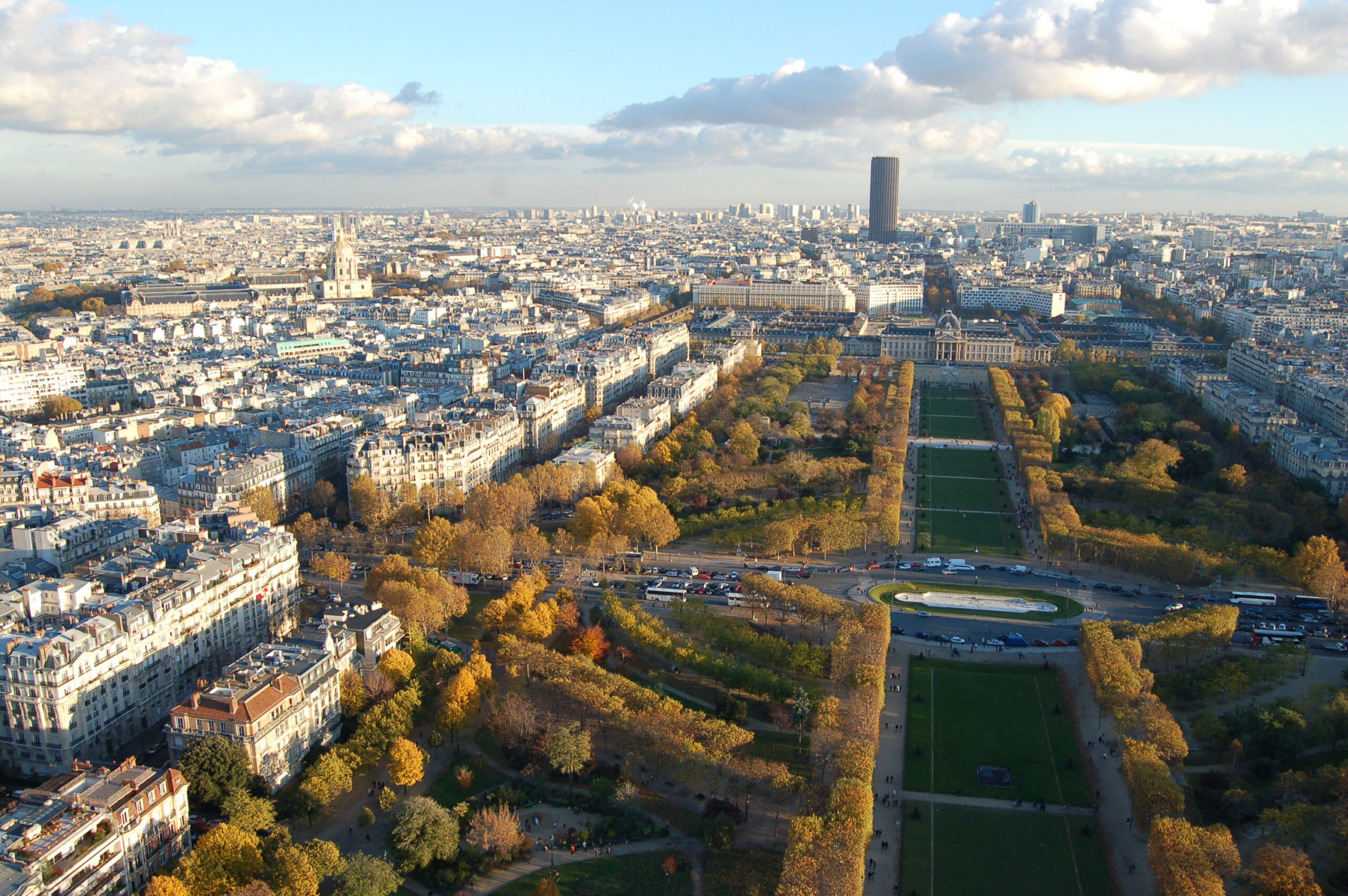 11. The Eiffel Tower was the world’s tallest building for 41 years.

It is 300 metres tall and bigger than the pyramids. Before the Eiffel Tower was constructed, the Washington Monument in the United States was the tallest man made structure in the world.

The title of the world’s tallest structure was taken by the Chrysler Building in 1930 in New York City.

12. Gustave Eiffel Did Not Design the Eiffel Tower – Maurice Koechlin Did

This is perhaps the most shocking of Eiffel Tower facts: Gustave Eiffel, the famous architect for whom the structure was named, did not actually design the Eiffel Tower. The initial design was sketched by Maurice Koechlin in May of 1884, while he was working at home.

Koechlin was a senior engineer working for Eiffel’s architecture firm at the time. Koechlin was working with another architect in the firm, Emile Nouguier, to design a monument for the 1889 Exposition Universelle.

The exposition was planned as a World’s Fair to celebrate the 100-year anniversary of the French Revolution.

In the margin of the first drawing by Maurice Koechlin, you can see other monuments from around the world that he used for inspiration or comparison. Included in the monuments are the Statue of Liberty and the Arc de Triomphe.

Gustave Eiffel did not immediately like Maurice Koechlin’s design. Nouguier and Koechlin asked Stephen Sauvestre, the head of the architectural department in Eiffel’s firm, to add some embellishments to the design.

Sauvestre contributed the decorated arches at the base, a glass pavilion on the first level, and other additions to polish the design. The three men took out a patent on the design and presented it to Eiffel once again, in the fall of 1884. This time, the design caught Eiffel’s eye, and he bought the patent and began exhibiting the design.

There was a long road from this point to actually getting approval for the project. In 1885 Eiffel presented the design to the Société des Ingiénieurs Civils as a symbol of the dawning Industrial Age and the accomplishments of the previous century, as well as a monument to the French Revolution of 1789.

Two more years passed, and there were changes in government. Eiffel continued to lobby for the project and it was brought to review by a commission in 1886. Eiffel Tower facts show that the commission examined Eiffel’s proposal, along with competing proposals for the monument.

Eiffel’s proposal was chosen because it was the most practical and most well planned. The other proposals seemed impossible or were not completely thought through.

Perhaps all the time lobbying for the design paid off: when it came up for review, everything could be explained. 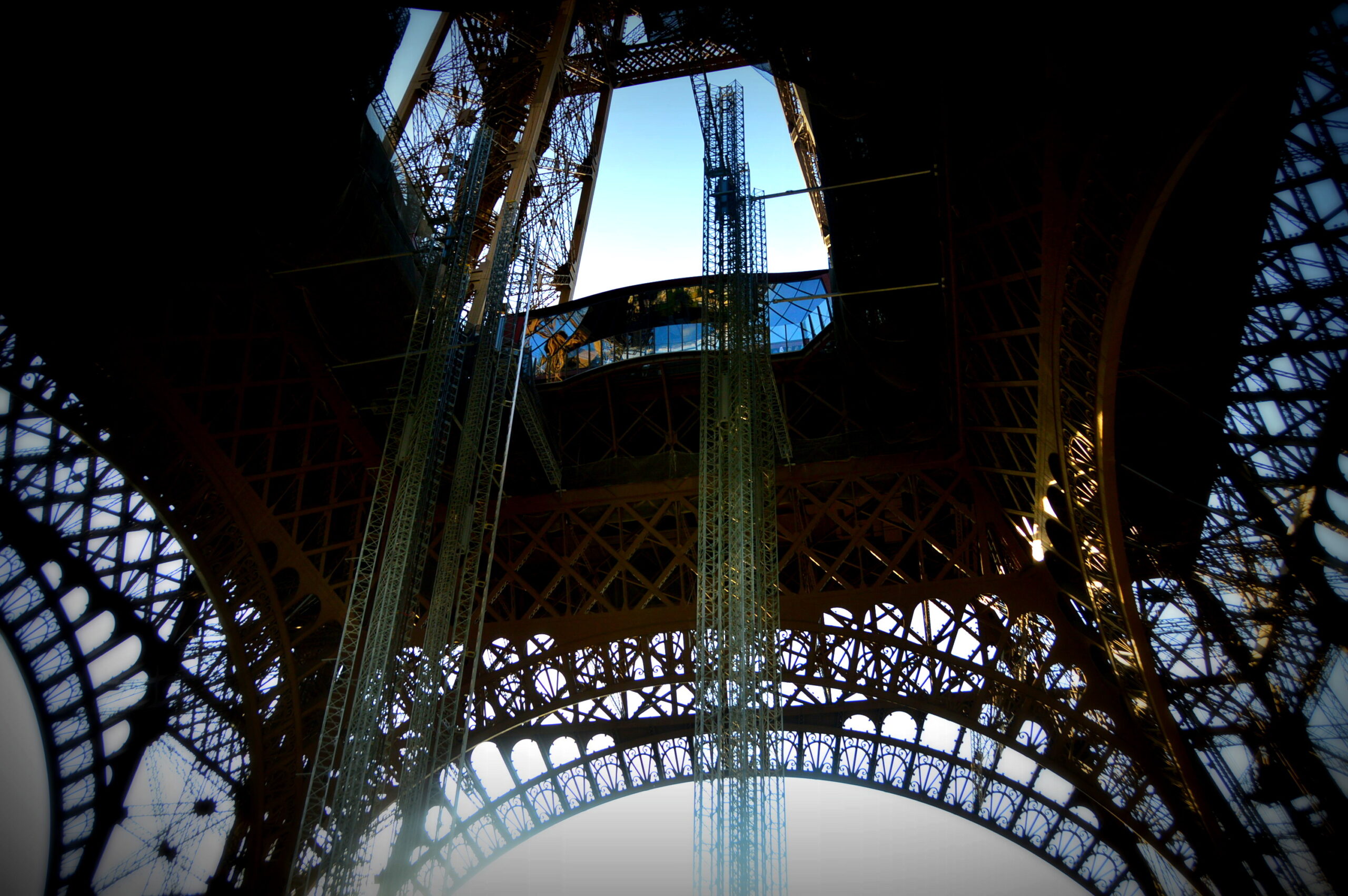 14. Public Funds Only Covered 1/4 of the Cost of the Eiffel Tower

When Eiffel signed the contract to build the Eiffel Tower, he did so personally, and not on behalf of his company. The public funds granted covered only 1/4 of the total needed to build the tower.

As part of the agreement, Eiffel would receive all income from any commercial use of the tower during the exhibition and for the next 20 years.

Eiffel setup a separate company to manage the operations and income of the tower. He put up half the capital that was needed to establish the company.

Once the Eiffel Tower was approved, an intense planning phase began. During the course of the planning, Eiffel’s firm produced 1,700 general drawings, and 3,629 detailed drawings. The drawings captured the 18,038 pieces that make up the tower.

Bear in mind all of this was being done by hand, before the 1900s. The Eiffel Tower was a symbol of the Industrial Age as it was happening.

Construction began in January of 1887 after a location had been determined. The massive concrete and limestone foundations of the Eiffel Tower were the first things to be put into place.

The tower would be assembled in a modular fashion. Sub-assemblies would be completed at one of Eiffel’s facilities in the suburbs of Paris, and then brought to the site by horse and cart for assembly into the finished structure.

Eiffel’s tower was ahead of its time in more ways than one. Modular building has increased in popularity in recent years – it only took the world over 100 years to catch up!

16. Gustave Eiffel Compared His Tower to the Pyramids of Egypt

While it took Eiffel some time to warm to Koechlin’s design, he became an ardent supporter once he actually decided to build the tower. While it is considered by many to be a work of art today, at the time, many artists and writers protested against the building of the tower based on the drawings that were exhibited. 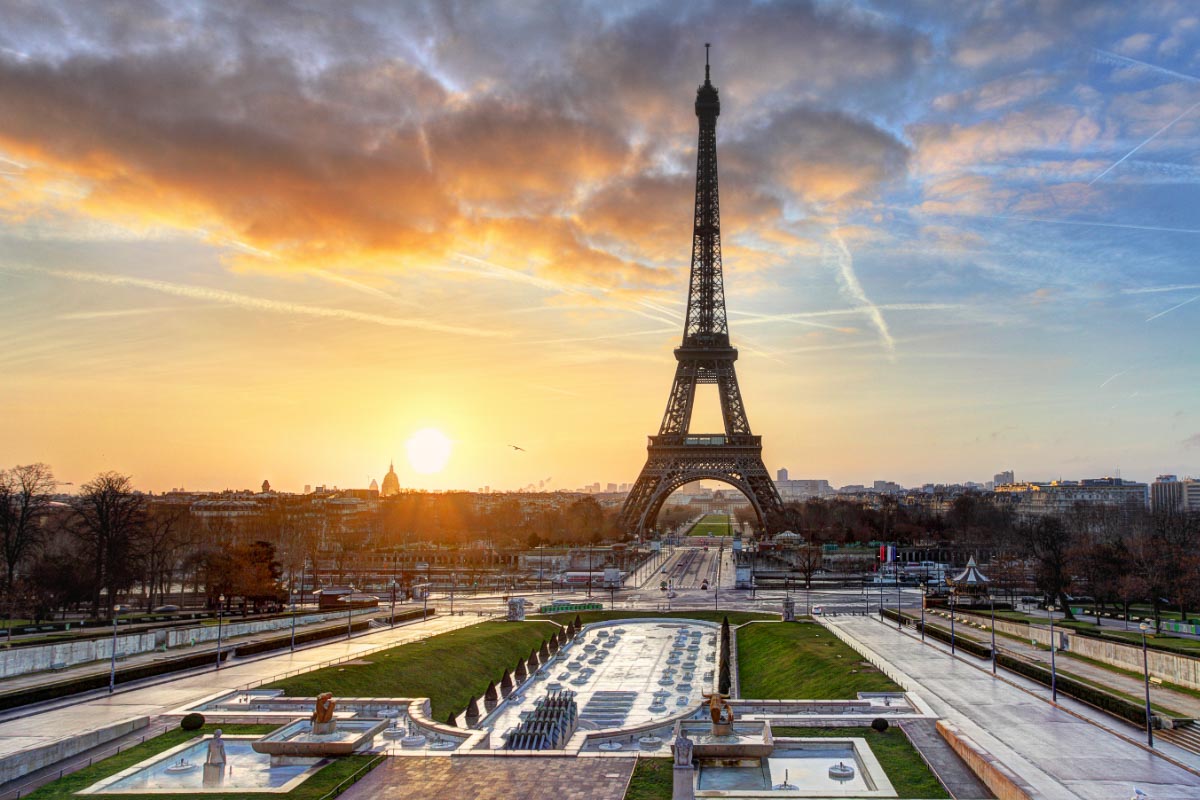 As the Industrial Age began there was tension between artists and engineers in the field of architecture. A group of artists launched a campaign claiming that the Eiffel Tower was too much engineering and not enough art to be considered good architecture.

Eiffel responded by defending the monumental nature of the work, comparing it to the Pyramids of Egypt. It was an apt description. At the time, the Pyramids were still some of the largest man-made structures on Earth.

Gustave Eiffel was not too concerned about the criticism, as the project had already been approved. Now, these objections seem like nothing more than a distant memory as many artists, engineers and everyday people look to the Eiffel Tower for inspiration.

As the Eiffel Tower became a great symbol, it was well-known throughout the world. One conman, named Victor Lustig, would use this worldwide recognition to sell the Eiffel Tower, not once, but twice!

In 1925, after World War I, the Eiffel Tower was not in the best condition. Keeping it painted to prevent rusting proved to be a difficult task.

Lustig developed his con based on this information. He held a secret meeting of scrap dealers and, using forged government stationary, offered to sell the Eiffel Tower for scrap!

The scrap dealer that Lustig targeted, Andre Poisson, believed he was a corrupt government official and gave him a bribe along with the money for the tower. Lustig and his accomplice fled to Vienna with a suitcase full of money.

Poisson was so embarrassed that he did not press charges. A month later, Lustig couldn’t help himself, and he returned to Paris to try the scheme again. This time, the person he tried to scam went to the police, but Lustig managed to get away without being arrested.

18. Only One Person Died in the Construction of the Eiffel Tower

Gustave Eiffel was very serious when it came to the safety of the more than 300 people working on-site on the tallest structure man had ever built at the time.

After criticism of the wood scaffolding that was built to support the structure and the men working as they put the pieces in place, Eiffel’s firm installed creeper cranes that would actually move up the tower as construction progressed.

Other safety measures put in place included guards and screens. As a result, only one person died in the construction of the Eiffel Tower.

The original contract for the tower stipulated that it should be torn down after 20 years, in 1919. At this point, the ownership of the tower would pass from Eiffel to the City of Paris.

Part of the original design requirements said that the tower had to be easily dismantled or demolished. This explains in part why the tower was built in a modular fashion.

Emerging wireless technology and the importance of the tower for making weather observations saved it from the scrap heap. From 1919 on, there were many instances until about the 1950s were it seemed the tower might be torn down.

One example from historical Eiffel Tower facts teaches us that during World War II, as the Germans were being driven from Paris, Adolf Hitler ordered one of his generals to demolish the tower. Thankfully, the general refused, and the tower stands to this day. 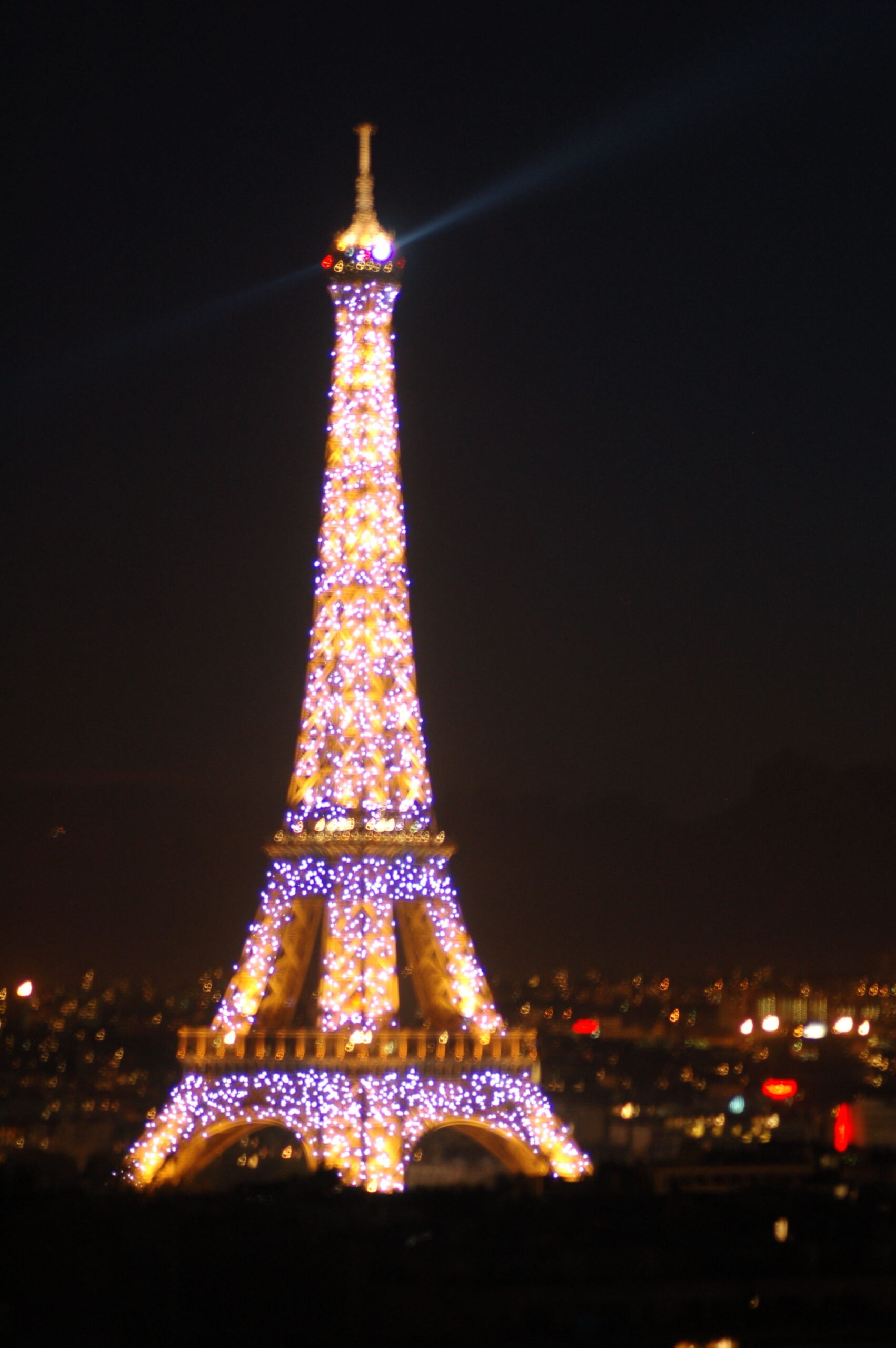 20. The tower is repainted every seven years.

The repainting of the Eiffel Tower takes 60 tonnes of paint.

21. There is more than one Eiffel Tower

There are replicas of the Eiffel Tower in Las Vegas and in the Window of the World theme park in Shenzhen China.

22. The Eiffel Tower has a wife

In 2008 a woman with a fetish for objects married the Eiffel Tower. She changed her name to Erika La Tour Eiffel.

23. There is an apartment in the Eiffel Tower.

Gustave Eiffel had a small apartment on the third floor of the Eiffel Tower. This can now be visited by the public.

24. The Eiffel Tower has signatures.

The names of the engineers, scientists and mathematicians who created the tower are engraved on the side of the Eiffel Tower.

25. It is possible to build your own Eiffel Tower.

Lego has an Eiffel Tower set. It contains over 3,400 bricks.

26. It’s not in the Tour de France but someone has cycled down the Eiffel Tower.

In 1923 Pierre Labric cycled down the stairs of the tower for a bet. Whilst he was successful in winning the best he was also arrested.

27. Most Parisians Haven’t Climbed the Tower

Most Parisians try to avoid the world’s most crowded monument. If you live in Paris you are lucky enough to experience the tower all the time so why climb it? As always, when something is in our backyard we tend to take it for granted! 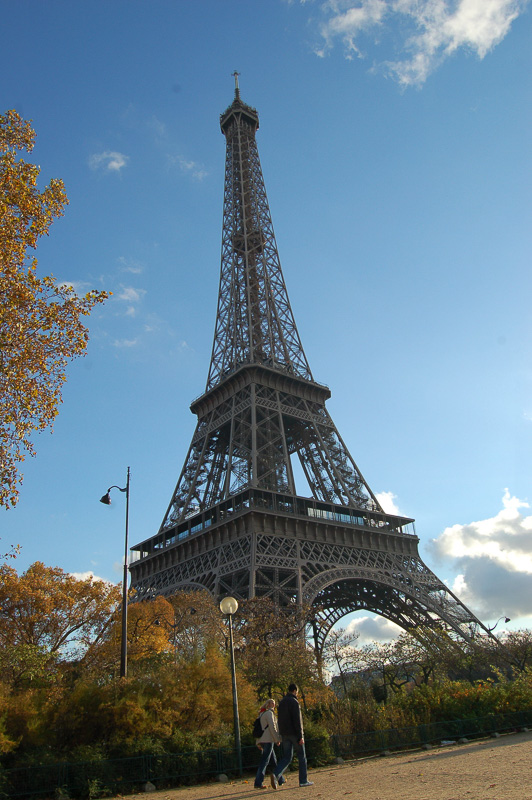 I&l;8172#l bookmark your blog and tell my friends to sense your site wounds often. I’m reasonably confident they will understand tons of new stuff wounds than anybody else! Great work!

What’s up, just wanted to say, I enjoyed this post.