Facts about Black History are facts about the history of our country, and the struggle for African-Americans, or blacks, to gain equality and freedom.

2. Negro History Week Was the Start of Black History in the 1900’s

The term negro is not used today. People of African descent who live in the United States are considered African-Americans or blacks. It is only in the last 20 years or so that the term blacks has become acceptable for use.

The goal of Negro History Week was to educate kids on the history of blacks in the United States. Woodson felt that by teaching Black History facts, black culture could be preserved.

The popularity of Negro History Week continued to grow and was adopted in more places around the country. It was nearly 50 years later that students at Kent State University proposed the week should be a month and it should be called Black History Month. The first Black History Month was celebrated in 1970.

3. Black History is also Observed in Canada and the United Kingdom

4. This History Shouldn’t Be Limited to One Month

Advocates also say that Black History Month is an important way to celebrate black culture in the United States. 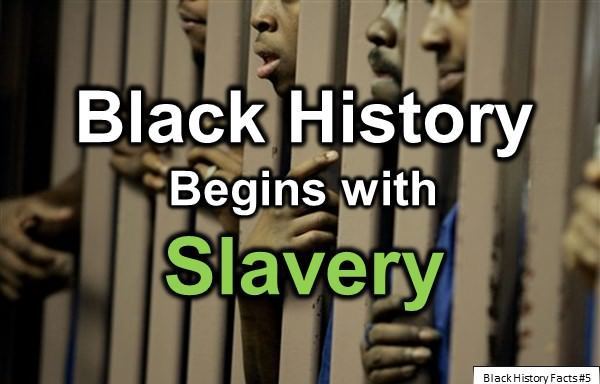 Incredible abuse and terrible crimes occurred during slavery. The harsh conditions of slavery lasted until the Civil War, when Abraham Lincoln issued the Emancipation Proclamation.

6. The Cultural Legacy of Slavery Continued with Segregation 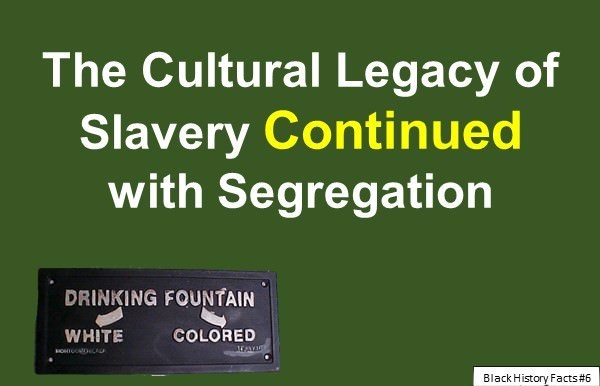 Despite the extraordinary contributions of men like George Washington Carver, blacks were not accepted as part of society, even after they were freed from slavery.

Blacks helped lay the foundations for the newly emerging United States, and helped its fragile economy grow. The cultural legacy of slavery continued, and blacks were separated or segregated from whites in certain areas, especially in Southern States.

Segregation is one of the most troubling Black History facts, and includes the less-than-equal treatment of black soldiers. Blacks fought and died in every major war of the United States.

Yet, after a war ended, blacks were treated poorly, and as if their contribution hadn’t mattered. This treatment frustrated a young soldier named Cassius Clay so much that he threw his war medals away. Clay later changed his name to Muhammad Ali and would become a symbol of black strength as a world championship boxer. 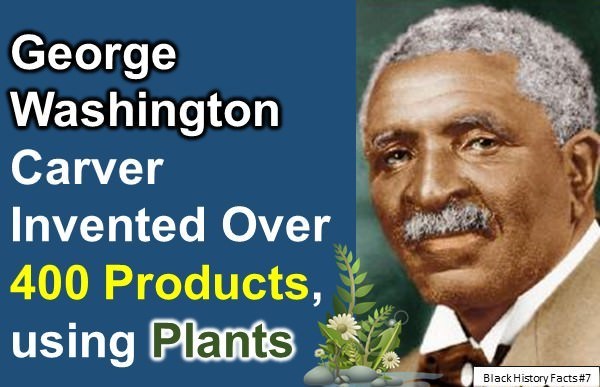 Blacks may not have been given equal footing in society, but that did not stop African-Americans from achieving great advances. Because they were marginalized, blacks frequently occupied roles that were not given much value at the time.

Perhaps due to the contribution of blacks, we have come to value artists, inventors and athletes much more in modern society. Charlie Parker, Dizzy Gillespie, Duke Ellington and other black musicians made the United States the birthplace of a new form of music called jazz. These geniuses were artists and musical inventors!

Elijah McCoy invented an oil drip can design that was so good, only his design was called the Real McCoy. Lewis Latimer worked in the laboratories of Thomas Edison and Alexander Graham Bell and was instrumental in inventing the electric light.

George Washington Carver, who was born a slave, went on to invent peanut butter and more than 400 products made from plants.

Jesse Owens is another important figure from Black History. Owens ran in the Olympics in Nazi Germany and showed Hitler that blacks could equal or better their white counterparts in sports.

Athletes such as Owens, and baseball players such as Jackie Robinson and Hank Aaron, had two difficult roles. Firstly, they had to put up with the discrimination they felt in sports, and secondly they had to perform on the field. 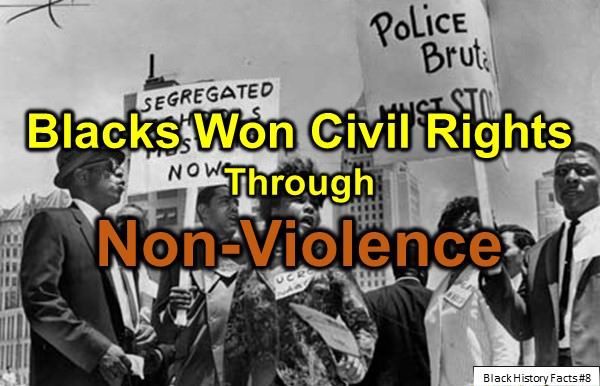 Many Black History facts relate to Martin Luther King, Jr. Martin Luther King, Jr. was a great leader who followed the teachings of Mohandas Gandhi, an Indian who fought for equal rights. In India a caste-system existed which had even more rigid class and race distinctions than the society of the United States. Gandhi used non-violent protest to gain more rights for the lower classes in India.

Martin Luther King, Jr. spread this theory of non-violence through the Civil Rights Movement in the southern states. The world watched the events unfold. The 1960s were the beginning of the television era, and people all around the country and the rest of the world saw images of blacks being treated poorly while they peacefully protested.

Eventually, King and the Civil Rights Movement were successful in ending segregation and gaining more civil rights for blacks. 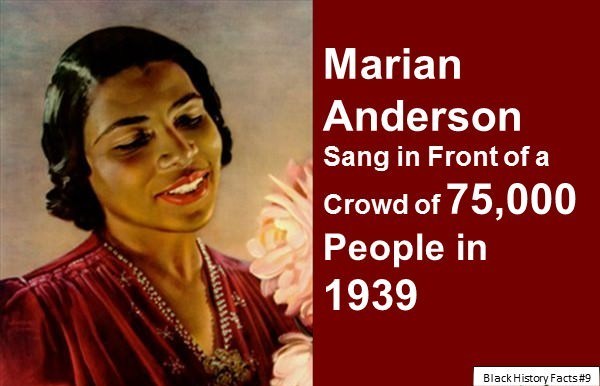 Women who are black are further marginalized due to their gender. Despite this uphill struggle, many black women have made important contributions to our society.

Marian Anderson was an important singer who was the first female black artist to play at many venues. She was a symbol of black pride and elegance at a time when blacks were still struggling with segregation. Anderson was courageous in fighting discrimination and said, “Fear is a disease that eats away at logic and makes man inhuman.”

Lena Horne, Billie Holiday and Aretha Franklin did for jazz singing what their male counterparts did for jazz instrumentation. They innovated the art of singing, while keeping it accessible to young audiences.

When busses in the south were segregated, Parks refused to sit in the segregated area on a bus. She followed King’s methods of non-violent protest and became a symbol for the dignified struggle of blacks for equal rights.

Black History Month continues to be celebrated, and new facts about Black History continue to come about today. Blacks have been given equal rights, but injustice still exists here in the United States and around the world.