You can find bacteria everywhere, it is what keeps us alive. Some interesting facts about bacteria tell us that, from the yogurt that you eat to the water you drink, these microbiological cells live everywhere. Even though they are also present in the digestive system of our body to help in digesting the food.

Strange bacteria facts show that they do have an aim in life that is doubling, doubling and doubling.

Even though 99% of these unicellular organisms are good for you 1% of them are still harmful to the human body and this bad bacterium is called “Pathogens” which can cause a lot of diseases.

2. Bacteria can enter your body through the nose, mouth, or from broken skin.

3. Fever protects you from bacterial infections.

4. There is a type of microbes called “ACTINOMYCETES” that are responsible for the smell of rain.

5. On average, mobile phones have more bacteria than the handles of a toilet. 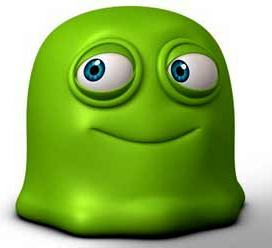 6. Your sweat is odorless, but the bacteria present on your skin mingle with it and cause body odor.

7. After cleaning your mouth, you still have more than 10,000 bacteria on each tooth.

8. Weird bacteria facts show that the amount of bacteria present in your mouth is much greater than the number of people living in this world.

9. Your office desk contains 400 times more viruses than a toilet.

10. The shelf-life of tap water is about 6 months, after which bacteria starts to grow.

11. A very unique and specific breed of bacteria also lives in hair gel and hairspray.

12. If you love money then you should also know that there are 300 different types of bacteria living on a dollar bill.

13. Bacteria are also used in most Antibiotics.

16. Bacteria produce half of the oxygen present in the atmosphere.

17. Bacteria facts and studies show that CHOCOLATE is antibacterial and it protects your teeth and fights against viruses that cause tooth decay.

18. According to research in 2013, researchers of Newzealand found a type of bacteria that resists every antibiotic ever known.

19. Every 20 minutes new bacteria grows on a Sponge of Kitchen

20. When babies are born, their body has 0 Bacteria.

21. There are types of wrecking bacteria that can eat the Titanic in 20 years.

22. There is a type of chlorine bacteria that causes red eyes in a swimming pool, it is not the chlorine itself.

If this collection of bacteria facts was interesting to you and you should also try reading our most popular article on Puffer Fish Facts.