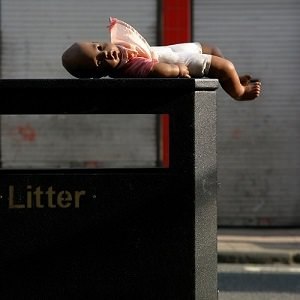 Facts about abortion are a controversial subject. Everyone seems to have an opinion on the matter, and abortion facts are often a hot topic during election cycles. Late-term abortion is often a key point of the debate, with arguments taking place between people who are anti-abortion and those who are advocates for abortion.

Teens and adults can better educate themselves by learning abortion facts. When everyone has an opinion, and especially when opinions are strongly divided, it’s good to know some facts about abortion so you can make your own decisions on the subject.

1. There Are 100’s of Definitions of Abortion

An abortion can occur without outside intervention. This type of abortion is typically referred to as a miscarriage. However, when most people say abortion they are referring to the act of suddenly ending the pregnancy through direct intervention.

2. Medical Dictionaries Describe a Fetus as Not Viable in an Abortion

Most medical dictionaries use the term viable when describing the state of the embryo or fetus in an abortion. Without any philosophical interpretation, viability is a biological or medical term that means the ability of the fetus or embryo to survive birth at the time.

3. Most Definitions of Abortion Draw a Line at 20 Weeks of Pregnancy

Some debates about abortion facts center on when in the course of the pregnancy the abortion occurs. Official definitions of abortion vary when they quote a specific time period during pregnancy that qualifies as an abortion.

The most commonly referred to period of time for an abortion is when the sudden end or termination of the pregnancy occurs before 20 weeks of pregnancy. Some definitions quote time periods of 28 weeks, and others as long as 37 weeks.

4. Medicine Can Be Used to Perform an Abortion

When most people think of abortion, they think of surgery to remove the fetus or embryo from the mother’s womb. Abortion can be performed by various means; there are surgical abortions, pharmacological abortions, and abortions by traditional means.

Abortion by traditional means is typically unsafe for the mother and includes herbal toxins and physical trauma as ways of inducing abortion. Medical abortions in doctor’s offices and clinics are typically carried out using a combination of medicine and surgery, depending on the state of the embryo or fetus.

5. The Laws for Abortion Vary Around the World Based on the Culture

How people view abortion facts varies from culture to culture around the world. As a result, there are different laws governing abortion in different parts of the world.

The Soviet Union, Iceland and Sweden were some of the first countries to legalize abortion. After the 1950s abortion was legalized in more countries around the world.

In some Asian cultures, there is a strong preference for a male child. In China, there is a policy called The One-Child Policy. This policy has been in effect since 1979 and forbids parents in China from having more than one child. As a result, sex-selective abortion is often practiced.

Sex-selective abortion is when an abortion is performed if the fetus is not of the desired sex. For people in China and other Asian cultures, female embryos or fetuses may be removed, and the pregnancy terminated, based on the cultural preference for male children.

6. There Are 100’s of Abortion Issues and Only 2 Views in the Debate

One of the abortion facts that people debate is whether or not we should have laws that govern abortion. While there are many philosophical, ethical and biological issues surrounding the topic of abortion, two groups have dominated the debate about abortion facts.

Pro-Life groups are anti-abortion groups who want more government restrictions on abortion, including the banning of abortion. These groups say that a fetus or embryo has the right to live. This right to live is where the term Pro-Life comes from.

Pro-Choice groups advocate against legal restrictions on abortion. They focus on a woman having a choice of whether to have a baby or not. This choice is where the name Pro-Choice comes from. Pro-Choice groups often speak about a woman’s right to have control over her body and reproductive rights. These groups of people want individual women to have the right to decide whether or not they should carry a pregnancy to term.

7. An Abortion Can Save a Woman’s Life

Beyond philosophical debates, there are medical debates over abortion facts. Many of the medical debates are concerned with the mother’s health. When a woman’s health is compromised by a pregnancy, it may be necessary to perform an abortion to save her life.

Because of the medical necessity of abortion in some cases, abortion laws frequently have exceptions for occasions when the pregnancy threatens the life of the mother. People who advocate for abortion say that experienced medical professionals are needed to perform these abortions to save women’s lives.

8. Exceptions to Abortion Laws Are Made for Rape or Incest

Perhaps one of the saddest of all abortion facts is the reasons behind why some women have an abortion. Women often seek an abortion when the pregnancy is the result of rape or incest. There are large psychological and potentially medical impacts of carrying a baby to term in these cases. For women who are victims of rape or incest, these concerns often outweigh any potential side-effects of the abortion.

This is another case where some laws around the world governing abortion have exceptions. Advocates for abortion who say that medical intervention is appropriate also refer to these cases of incest and rape when advocating for their cause.

9. Abortions are Documented as Far Back as 4,000 Years in History

Abortion facts are not only a topic for debate in modern times. As far back as 4,000 years ago, abortions were described in literature and portrayed in art.

Abortion was practiced in Ancient China, Ancient Egypt and throughout the Roman Empire. In Ancient Greece, Aristotle spoke about abortion and said that it must be performed before the embryo or fetus has “developed sensation and life”.

10. The Catholic Church Only Began Condemning Abortion in the 1800’s

The Catholic Church started advocating against abortion in the late 1500s. In the 1800s the Church began to more vehemently oppose abortion.

Islam has typically allowed abortion up until a certain period of time in the pregnancy. Despite this tradition, many countries in the Middle East with large Islamic populations have banned abortion.

Given all the debate about abortion, this is perhaps one of the most surprising abortion facts. In 2011, the rate of abortion among women in the United States dropped to its lowest level since 1973.

Many states have enacted new abortion restrictions in recent years. In the two years between 2011 and 2013, 205 restrictions were enacted on abortion at the state level, while only 189 were put into effect in the prior decade from 2001 to 2010.

12. A Woman is More Likely to Die from Childbirth than an Abortion

Roe v. Wade, which was decided in 1973 by the Supreme Court, gave women more reproductive rights. The Supreme Court decided that as part of a right to privacy, a woman has right to decide whether or not to terminate her pregnancy.

When people talk about abortion facts, the Roe v. Wade court case is often included in the discussion. However, there have been many more court cases that have decided how abortion laws are governed in the United States at the federal and state level. Planned Parenthood v. Casey

is another famous case that upheld women’s control over their reproductive rights in 1992.

In 2007 Gonzales v. Carhart was decided and gave states more power to restrict abortions. This decision upheld the Partial-Birth Abortion Ban Act and suggests that the Supreme Court is now open to placing broader protections on abortion.

14. Opinions about Abortion Vary by Region in the United States

How people view abortion facts in the United States often depends upon where they live. In New England, 75% of people say that abortion should be legal in all or most cases, while only 40% in South Central states say the same thing.

While new abortion restrictions are being put in place, challenges are being made and those cases are now moving up through the court system. While there are clearly regional differences, some decisions will be made at the federal level.

15. Public Opinion Has Stayed the Same About Abortion for 20 Years

In the United States, 63% of adults say that they want Roe v. Wade to be upheld, while 29% would like to see it overturned. This two-thirds to one-third split has remained roughly constant over the last 20 years or so.

16. People View Abortion Legally and Morally in a Different Way

While nearly two-thirds of people think that Roe v. Wade was a good decision, almost half of Americans, 49%, say that having an abortion is morally wrong. It’s one of the interesting abortion facts that people feel differently about the legal and moral issues surrounding abortion. It would seem that while some people think that abortion is wrong, they think that other people have the right to decide for themselves.

What religious group you associate with and whether or not your consider yourself religious can have an impact on your views of abortion facts. For instance, 75% of White Evangelical Protestants think that having an abortion is morally wrong. Compare this figure with the 25% of people with no religious affiliation and think that abortion is wrong.

18. Late Term Abortion is Not Abortion by Some Definitions

Late term abortion is a controversial subject. By some definitions, this is not abortion at all, and is considered late termination of pregnancy. This is based on the time period that is used to define abortion.

Abortion has existed all throughout history. Facts about abortion became better known in the 1900s and medical science worked to make abortion safer for women. Statistically, having an abortion is now safer than giving birth.

Abortion facts continue to be a subject of debate, despite advances in reproductive medicine. Studies show that views on abortion facts are often divided by moral opinion more than by legal opinion. However, the debate about abortion continues to be divided and often centers on the legislation used to govern abortion in different parts of the world.