2. The company’s headquarters are based in Washington County, Oregon, USA.

3. Many hardcore fans of the brand mispronounce the name ‘Nike’. It is correctly pronounced ‘ny-kee’ and the name comes from the Greek goddess of victory.

4. The famous Nike logo, a solid swoosh, was designed for just $35 by Carolyn Davidson, a student at Portland State University. Later on, she was given more than $640,000 worth of Nike products.

5. The slogan ‘Just Do It’, which is now recognised all over the world, was inspired by Gary Gilmore’s last words. The serial killer said ‘Let’s do it’ before he was executed.

6. Nike sells footwear, clothing and sports accessories in thousands of stores across the world. In total, there are more than 900 million items sold every single year.

7. Over the years, Nike has made some award-winning commercials, and in 2000 and again in 2002, the company won an Emmy award.

8. One of Nike’s most well known innovations is a shoe which can be electronically paired up to a smartphone. The footwear contains a computing device which is embedded into it and can be connected to the smartphone of whoever is wearing the shoes.

9. Across the market for athletic shoes, Nike takes up approximately 62%, making it the most popular brand for sporting footwear.

Additionally, the hoverboarding shoes worn by Michael J. Fox in Back to the Future: Part II were designed by Nike.

11. The largest Nike store is situated on Oxford Street in London and is a grand total of 42,000 square feet.

12. The very first pair of shoes were made using a waffle iron, which created grooves on the soles. These then helped to grip the surface of running tracks when athletes wore them.

13. In 1978, Nike created a new advert for their Air Max shoes, and for the first time ever, a Beatles song was used in a commercial. The song which was chosen for the ad was Revolution No. 9.

14. When the company first started, it was called Blue Ribbon Sports. In 1971, the name was changed to Nike.

15. Phil Knight, one of the co-founders, wanted to change the name to ‘Dimension 6’, but in the end, Nike was the preferred of the two potential names.

17. Nike products are made in factories which aren’t actually owned by the company itself. Instead, contractors own the factories and Nike pays them to produce the goods.

18. The Air Jordan 1 was made famous by basketball player Michael Jordan; however, Jordan hated the colors red and black when he first saw the shoes.

19. Shaquille Rashaun O’Neal, also known as Shaq, went to meet the Nike owners dressed entirely in Reebok apparel. This was because he knew he didn’t want to sign into any contracts with Nike.

20. Romanian tennis player Ilie Nastase endorsed Nike in 1972 after signing a contract with the company. He was the first athlete to promote Nike.

21. In 2003, popular footwear store Foot Locker ceased to stock Nike’s more expensive ranges as they believed the prices were too high. 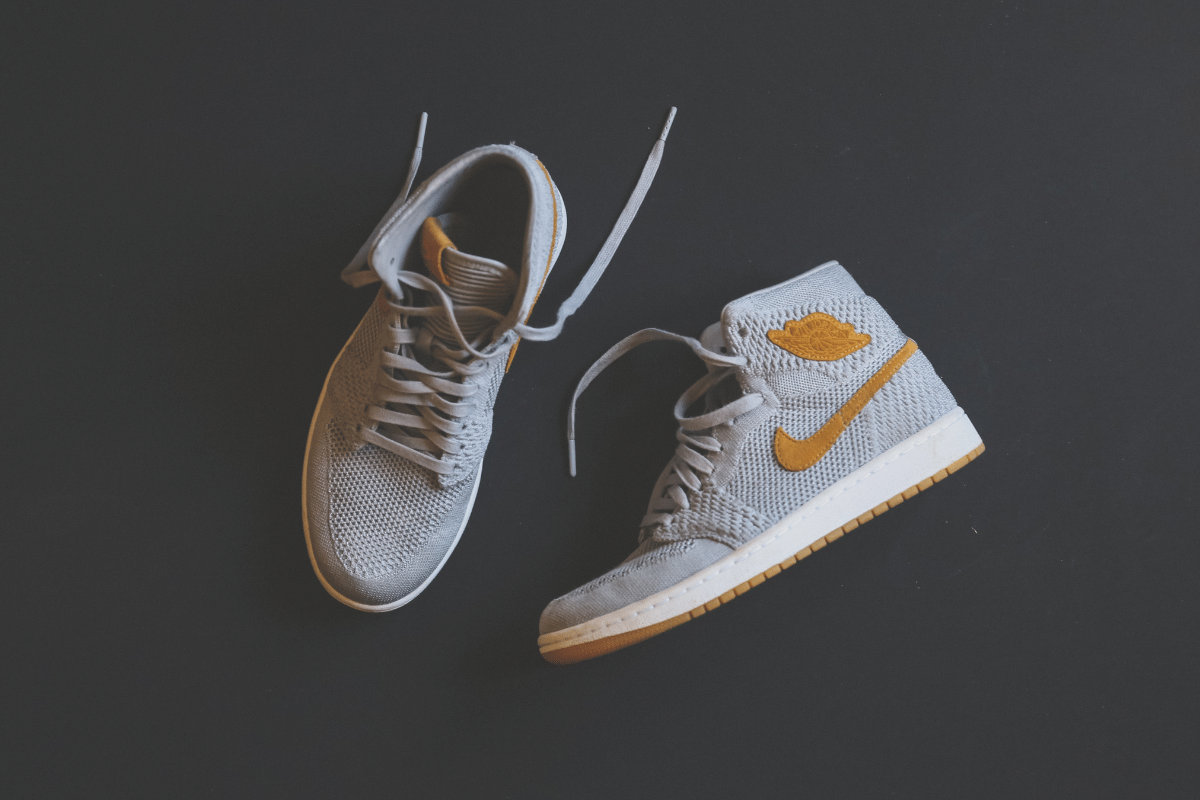 22. Zoom Air, one of Nike’s most popular shoes, was introduced to the market in 1995, but was first given the name Tensile Air.

23. Phil Knight was writing one of his college papers when he decided to start his own shoe company. He believed shoes made in Japan could compete with the other sports companies which were popular at the time, such as Adidas.

24. Nike heavily supports the University of Oregon and their sports teams, providing them with exclusive apparel and funding.

25. Footwear for Nike is manufactured mainly in China, Indonesia and Vietnam, but many of the shoes have also been made in the USA.

26. Nike Golf, which is a branch of the Nike company, was started in 1984 by Bill Wood; however, it only truly gained popularity when Tiger Woods was signed in 1996.

27. Many of the names of Nike’s products have been taken from sports team. For example, ‘Columbia Blue’ is named after the ‘Columbia Lions’, a team which has a blue logo.

28. After Nike displayed shirts in the window of a Boston store containing text such as ‘Get High’, the company was criticised by mayor Thomas Menino.

29.The company is constantly trying to introduce new ideas to the market, and in 1991, they released denim acid wash golf shorts, which were not hugely popular.

30. The very popular LiveStrong bracelet was first seen in 2008; however, Phil Knight was not convinced of the idea and even laughed at it during an interview with Oprah.

31. Phil Knight refers to Steve Prefontaine as the “soul” of Nike. Prefontaine sadly died in a car accident in 1975 but his spirit continues to inspire the brand.

32. Nike is listed as the 18th most valuable brand in the world by Forbes magazine.

33. Nearly 30 years after their launch, Air Jordans remain the top selling athletic shoe in the world. Michael Jordan continues to receive circa $60 million in endorsements and royalties a year even though he hasn’t played basketball since professionally since 2003. 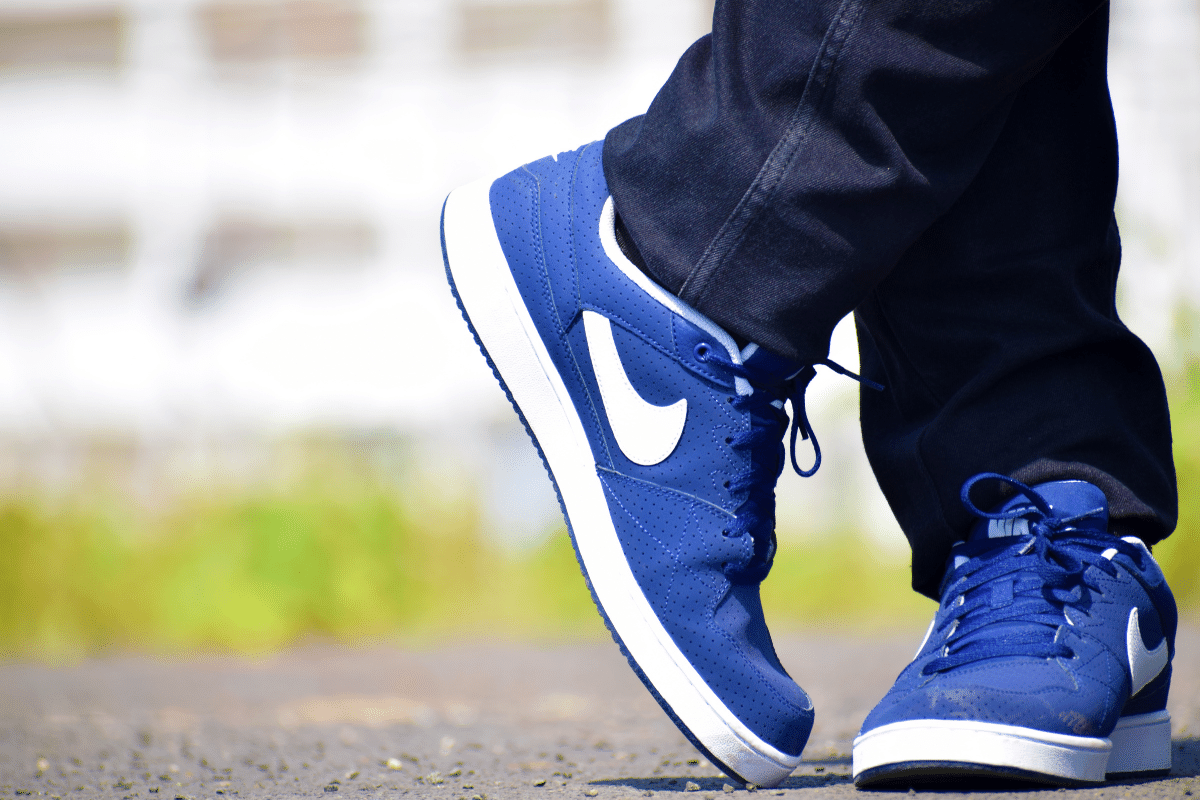 34. Nike’s famous advertising made an unusual error in their support for the 1996 Summer Olympics in Atlanta. They used a slogan stating “You don’t win silver, you lose gold“. This enraged many silver and bronze olympic medal winners as well as many fans.

35. Lebron James was offered $90 million when he was just 19 years old by Nike. This took place exactly one year after he rejected Reebok’s offer of $10 million.

36. Nike offered a bonus to its athletes for each new world record they set. Pole vaulter Sergei Bubka was obviously very incentivised by this as he broked his own world record 14 times.

37. In 2012, Nike did not take up a sponsorship of the Olympics. To overcome the lack of presence they would have had at the Olympics without sponsorship, they came up with the idea of fluorescent running shoes.

38. Those fluorescent running shows were worn by over 400 athletes and garnered a good deal of attention.

39. The first Youtube video to reach one million views was a Nike commercial that featured Ronaldinho.

40. Michael Jordan was fined $5,000 for every game in which he wore Air Jordans as this violated NBA league policy.

He paid the fines and in 2013 he made about $90 million – more than any other athlete either active or retired – mostly from his Nike royalties. Jordan made a very smart financial decision!