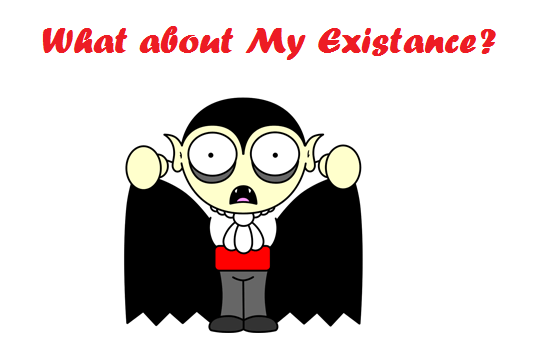 Are you curious to know, do vampires exist? This brief history of vampires, illustrating all the vampire facts and myths will tell you everything from a to z.

Vampires are nearly as old as humans, stories about them reverence appear in cultures, extending them far back as prehistoric times. But they were not called Vampires back then and most of them did not looked the way we imagine vampires today.

For example, The “LAMASHTU” was a creature with the head of a lion and the body of a donkey and the ancient geek “STRIGES” were simply described as Blood thirsty birds, others were even stranger. The Philippine “MANANANGGAL” had huge bat wings to fly and the Malaysian “PENANGGALAN” was a flying female head with a tail and they were known as extremely dangerous.

Although they all may look different but all of these beings have one common characteristic. They sustain themselves by consuming the life force of a living creature called BLOOD. This is what they looks like and how they were defined. Old other attributes changed with time.

Do Vampires Exist? – Origin and Beliefs

In 18th Century Eastern Europe was pretty groomed place and with many deaths occurring from unknown diseases. Due to no results by medical side, people searched for supernatural causes and they found what looked like evidence in the Corpses of the victims. When the villagers dug up bodies to find the cause of mysterious deaths, they would often find the corpses very much alive. Longer hair and finger nails, heavy bellies and the blood at the corners of the mouths. Clearly these people were not really dead, and people start believing that they were vampires and they leave their graves to feed themselves by killing the livings

The terrified villagers would quickly gather to kill the undead, they marched toward the graves with knifes, swords and burning fire flames. They were ready to kill the vampires they know but the villagers found nothing.

As we all know by science that the actual normal symptoms of death can cause following things:

Unfortunately this science was not yet known, so the villagers kept digging. In fact so many bodies were dug up that the emperor of Austria sent their physician around to disapprove the vampire stories. The emperor also established a law “prohibiting grave tempering”.

The Legend of Dracula is Not Real

There are thousands of myths and legends throughout history showing do vampires exist or not. It is really a difficult task to prove the existence of vampires but according to a legend known as Dracula we can conclude something about vampires.

Still even after the vampires died in Eastern Europe, the stories of legend survived in local superstition.

There were some local myths that inspired the main elements of the story “The Transylvanian Setting” using garlic to defend oneself. While these attributes are certainly familiar to us. Elements he invented himself have also lasted over the years.

Stoker extended the myths of vampires.

As we saw a huge variety of creatures struck the night before Dracula and many more will continue to creep through our nightmares.

It is the Vampire Legend that keeps Vampires Live forever, they don’t exist in real world.

The Very First Vampire According to Greek Legend

According to a Legend, it is believed that the vampire was a human first, who later on changed into the Vampire. His name was “Ambrogio” who was born in Italy and was a great adventurous. He was cursed by the Sun God who cursed him to fear sunlight and made him Vampire.

It is also said that the Moon Goddess also cursed him and gave him silver fear.

The only blessing that were given to him was of being Immortal. He was blessed with tremendous speed and strength. As from this story some believers answer yes to the question do vampires exist?

Here are some interesting facts providing the answer to the question: Do vampire Exist?

After reading all these interesting Vampire facts, let us know your thoughts about the vampires.