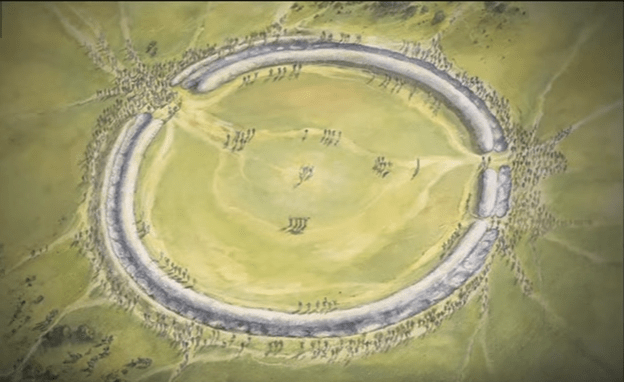 Stonehenge is a prehistoric monument with great mysteries and secrets, there are many Stonehenge facts to show that this great and amazing monument was not built without any reason.

Imagine a time before mobile phones, before email and the internet, before books, before writing; yeah!!!  I am taking about the Stone Age, this was the most ancient era you probably can think. Let me tell you that Stonehenge is as old and is as important in the story of people on this planet as the Pyramids in Egypt and Temples in Mexico.  What was Stonehenge for? Who built it? How? Why? These are some questions you should and you must know as a human or I must say as a creature of planet earth.

Area of Stonehenge: Stonehenge is 13km north of Salisbury and 3km west of Amesbury.

Let’s start with some of the Stonehenge facts what we know. Something’s have not changed much in thousands of years, a sun rises and sets in more or less the same place, the stars in the night and the shakes of the land look much the same to us as they did to people long ago, but so much has changed.  One of the most amazing Stonehenge facts tells us that no one wrote down who built Stonehenge or how, it comes from a time long before people kept written records.

Stonehenge is not the oldest man made structure but this monument has captured the imagination of millions, over the centuries numerous people have attempted to learn more about Stonehenge. How was it made? Why? Everyone wants to know the truth behind this mysterious and remarkable structure.

After thousands of years, we still aren’t sure exactly what Stonehenge is. The sophisticated new technologies give the new insights on the monument and the answers often only lead to more questions.  But archaeologists say that Stonehenge was built in stages, it is a part of much bigger site linked together by river “Avon” and there are other historical monuments nearby.

Stonehenge was built before anything written down but the archaeologists have found lots of evidence like traces of buildings, tools, weapons and human bones.

When Was Stonehenge Built?

Stonehenge began life 5000 years ago, as a circular choke bank and ditch and it was called as a Henge. It would have stood out clean n white across the landscape but today it has a soft shape in the grass. Within the bank were a circular wooden posts or stones, but now there remains only the marks and deep holes of the circular stones and wooden posts.

500 years later construction work began again, huge sarsen stones were stood up like 5 giant doorways in a U-shape and around these were built a circle of more like these stones which were bit small but high above the ground.  Finally!! The smaller few sarsen stones arrived and they were arranged to create another circle inside the massive outer circular shaped sarsen stones.

Archaeologists believe that the sarsen stones came from 19 miles away and these stones were dragged on a wooden fletches and it is observed that dragging these stones would have taken a team of 200 people and at least 12 days to shift one stone.

How Did They Get Those Heavy Stones In Perfect Shape Without Machinery?

There are the stones that were brought about 100 miles away and some of these stones are heavier than sarsen stones, now the most interesting fact is how do they fit those stones up without cranes and heavy machinery.

Tools used for creating Stonehenge were only made of wood, stone and bones, Archaeologists think that the stones were angled perfectly by using big stones, and the stones raised up on the top could have been raised up on a platform of wood. For this purpose serious organization and expert knowledge was needed, and now you should be thinking that who were the people who had this extraordinary knowledge and vision?

4500 years ago people in the area lived in scattered communities, they were farmers and they lived in houses and grew crops. As the seasons changed they would have moved with their herds and many evidences shows that at this place people usually gather there to share foods and celebrate their special events.

What was Stonehenge’s purpose?  To justify the answer to this question over the years people have proposed dozen of theories and facts ranging from a healing site to an ancestral shrine, a calendar even the ancient roman camp or it was built to see something in the sky. 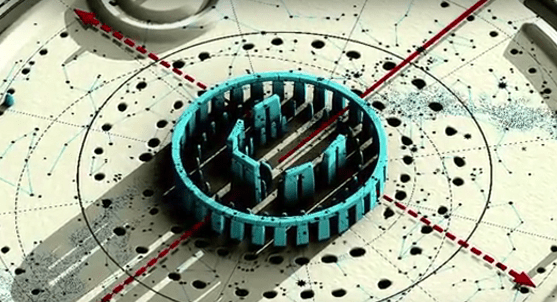 Researchers have also argued that Stonehenge was meant to be a kind of echo chamber, and many Studies have proven that the structure has extraordinary Acoustics. However some of pure promising if not conclusive, such as the idea that Stonehenge is part of ancient funereal site, where for the first 500 years people buried their dead and this theory represents death and nothing else.

Some people think that may be the secret of Stonehenge is in the blue stones, they must have been very important so that’s why they have moved them all the way, perhaps the stones had healing power.

There are many interesting facts about Stonehenge but one of the most amazing Stonehenge facts shows that the stones were arranged to frame the sun in special days in the year, so we can say that Stonehenge was meant to observe the weather and time.

And there is one more Stonehenge fact, what if Stonehenge is a map, according to French researchers this is an ancient star map with encoded messages with position of star system identifying human origins, well all these theories are acceptable to some but also these theories are neglected by many.

However from ancient alien enthusiasm to the mysterious map, Stonehenge facts indicates that it is incredibly important to humanity as a whole and it isn’t mysterious at all, instead it represent the signs of development and extraordinary architecture of the ancient world. It shows that the designers were highly advance in mathematics and geometry.

If all these Stonehenge facts were new and amazing to you then you should also try reading more interesting facts on:

For arguments and questions use the comment box below: