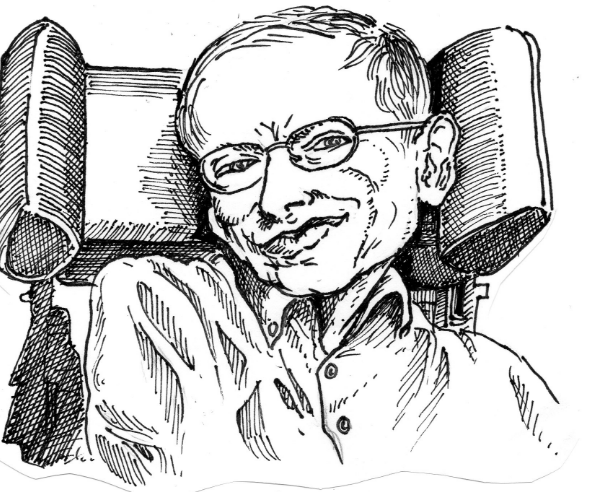 Stephen Hawking facts, biography and theories reveals some interesting truths of the great legend, these are the facts you probably didn’t heard before.

Stephen William Hawking was born in oxford England on the 300 anniversary of the death of Galileo on January 8, 1942. At seventeen years old he entered Oxford University, It is told that Stephen Hawking was not a very ambitions student, one day he calculated that he spent about hour a day on the school work.

In 1962, Stephen hawking moved to Cambridge university for a PhD in  cosmology and one year later was diagnosed with ALS lou Gehrig’s disease. It is a type of disease over which a person loses control of his muscles, Hawking lost the control of his muscles but his mind was functioning correctly. Although his diagnoses only gave him 2.5 years to live but Hawking survived and it was his will power and courage to defeat death and let him live and become the extraordinary scientist of all the time.

Hawking married in 1965 and stung the science world in 1974 with his PBS on black holes. He was the person who taught the world how to define a black hole. He made a brilliant discovery that black holes can radiate. He showed a great connection between black hole, physics and thermodynamics.

He became the distinguished scholar at Caltech in 1974 and five years later hawking was named Cambridge university Lucasian professor of mathematics. He is a theoretical physicists of a very specific kind, he studies cosmology, particle physics and gravity, that’s trying to understand the very basic laws of physics as well as where the universe itself came from.

The only thing that makes us very special is that we can understand the universe no matter we are the ants on small planet. “Stephen Hawking”

Hawking sees things that other people didn’t see; he is the person who thinks more deeply than most of the rest of us. Even though Hawking can’t speak by his own, he continued his work with a computerized speech sympathizer to speak. He wrote a brief history of time in 1988 selling more than 10 million copies which is something very great, this achievement made hawking the most courageous person in the history of Science.

Stephen Hawking book “A Brief History of Time” was a great achievement and a great selling book for months. “A Brief History of Time” is about where we come from and where we headed from a physicists point of view. After expanding upon his work, he wrote several more books. He also received a “presidential medal of freedom” in 2009, although he retired from teaching same year.

Hawking increased his popularity by starring in TV shows like Sim Sim, Star Trek and The Big Bang Theory. Hawking is the most remarkable physicists probably since Einstein, there are many other physicists working very deeply at nature secrets but hawking has celebrity status that very few scientists reached. He continues to be held as one of the greatest scientific minds of all time.

Here are some amazing Stephen hawking facts you might not know:

Note: You might not know about black holes, consider reading some interesting details on: The Mystery of Black Holes.

We are very small. But we are profoundly capable of very big things.

If all these Stephen hawking facts were amazing to you then you should also read: Amazing Science Facts

No one created the Universe and no one directs our fate, there’s probably no afterlife and no heaven either. We had only one life to be grateful for this universe and there is no other life to appreciate the design of Universe. “Stephen William Hawking “

After learning all the theories and interesting stephen hawking facts, you should probably believe that Stephen is a person who truly deserves the title of “Master of Universe”. It is really very difficult for a person with this type of physical conditions to become the greatest scientist of all the time. Stephen hawking is a inspiration for all the people who want to do big things and who want to achieve something that seems impossible.