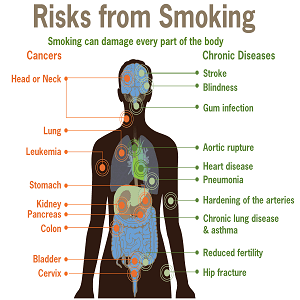 Smoking is an epidemic in the United States, smoking facts shows  with over 45 million Americans smoking, including 3 million children and young adults in middle and high school. This epidemic costs us $280 billion each year in medical costs and losses of productivity.

Smoking facts paint a grim picture of the wide range of deadly diseases that are associated with smoking. By teaching smoking facts to kids, we can help them learn about the dangers of smoking before they ever pick up a cigarette.

It also kills people who are not smokers: 2.5 million people have died over the last 50 years due to exposure to secondhand smoke. Smoking is a deadly habit that affects everyone, even those who don’t smoke.

1. 20 Million Americans Have Died from Smoking in the Last 50 Years 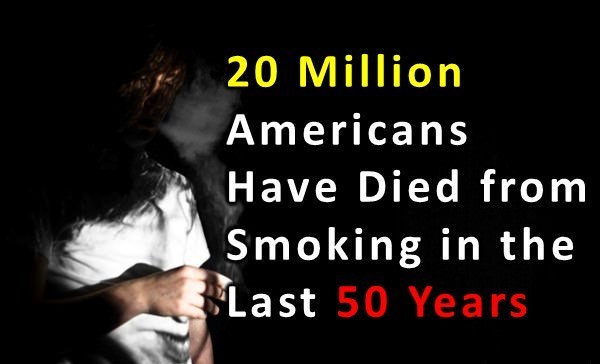 Smoking facts tell us the grim truth about a deadly habit. The first Surgeon General’s report on smoking was released 50 years ago. Since then, over 20 million Americans have died as a result of smoking. Despite the progress that has been made in the last 50 years, smoking continues to be the single largest cause of preventable disease and death in the United States.

There is no debating the science when it comes to the dangers of smoking. Smoking facts show that there are clear links between smoking and disease. Lung cancer, heart disease and chronic pulmonary disease are all caused by smoking.

As well as these well-known smoking-related diseases, smoking facts show that other diseases are caused by smoking. Diabetes, arthritis, immune system weakness and birth defects can all be caused by smoking. Other types of cancer, including colorectal and liver cancer, can also result from smoking. One thing is clear from smoking facts: smoking takes its toll on the body and is a serious threat to human health.

2. 1 in 3 Cancer Deaths Are Caused by Smoking 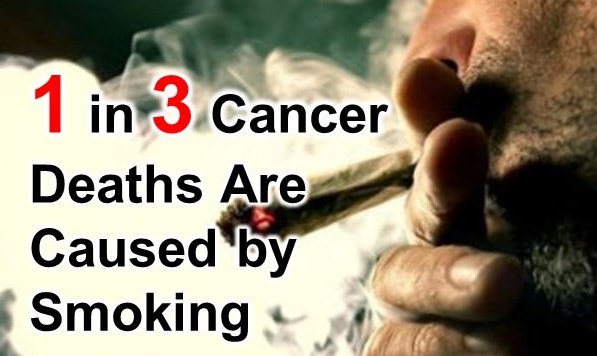 Facts about smoking cigarettes demonstrate clearly that smoking causes cancer. Not only that, but it causes one of the most deadly forms of cancer. 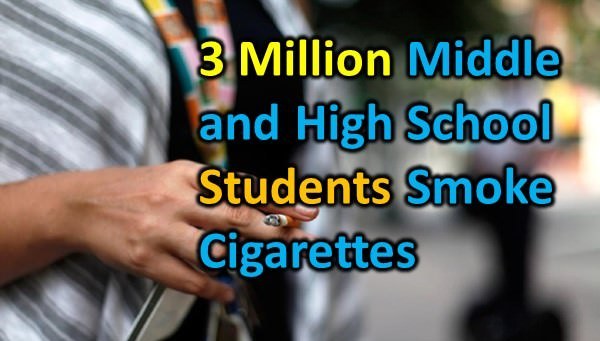 Smoking facts show us the deadly effects of smoking, and it’s important to use these facts when teaching children and young adults about the dangers of smoking. By teaching smoking cigarettes facts for kids, we can help discourage children from starting smoking in the first place, and encourage any who do smoke to quit while they are young.

Despite efforts by schools and parents to stop kids smoking, 3 million middle and high school students currently smoke cigarettes in the United States. When children start young, it becomes a deeply ingrained habit.

Smoking facts also show that smoking has an impact on developing bodies. One of the important smoking facts for kids is that smoking slows down lung growth in children and teens. For kids, smoking not only poses the risk of disease in the future, it also hurts their bodies as they develop. 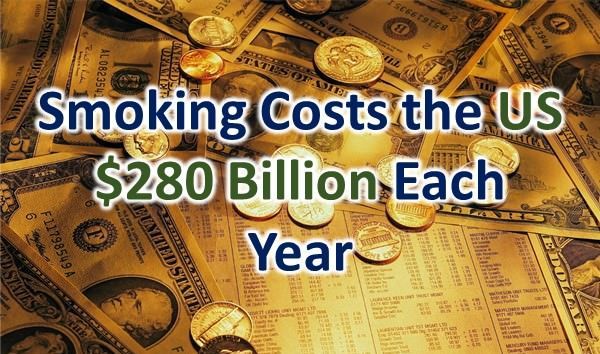 Losses of productivity due to smoking impact every industry and cost over $150 billion each year. The losses of productivity due to smoking are the result of the extra sick days that smokers use, and unfinished or delayed projects due to disease or death from smoking. This is one of the more surprising smoking facts. While most of us are aware of the impact of secondhand smoke, we don’t generally think about the secondhand effects that smoking has on the economy.

The losses due to direct medical costs are $130 billion. These costs are for the treatment, transport, and outpatient care for people with smoking-related diseases. By spending more money on prevention — preventing children from smoking cigarettes, and helping people quit, we can invest our efforts and our resources better. As the smoking epidemic continues in the United States, it will continue to have a growing impact on the economy.

5. 2.5 Million People Died From Secondhand Smoke in the Last 50 Years 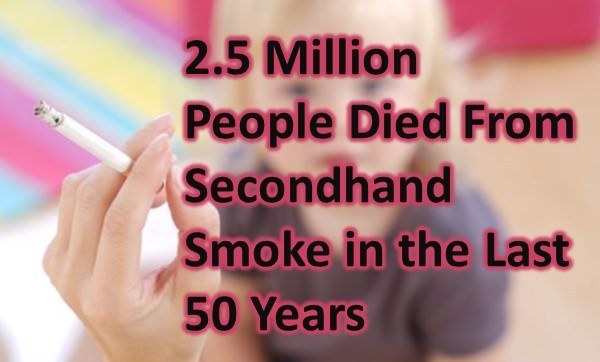 Some of the saddest smoking facts relate to the impact that smoking has on people who don’t actually smoke. Over 20 million Americans have died as a result of smoking in the last 50 years, and 2.5 million of these deaths were from exposure to secondhand smoke. This is one of the shocking smoking facts: this deadly habit kills a lot of people who don’t even smoke.

Industries and occupations which involve working in enclosed spaces are often the source of diseases associated with secondhand smoke. As a result, in recent years, many laws have been put in place to outlaw smoking in public places, and the airline industry has eliminated smoking on nearly all of its flights.

Smoking facts show that secondhand smoke exposes non-smokers to the same range of diseases that affect smokers. Lung cancer, heart disease, liver cancer, colorectal cancer, arthritis, diabetes and more diseases have been associated with smoking. Whether the tobacco smoke is inhaled directly or secondhand, it’s clear that smoking has a deadly impact on both people who smoke and non-smokers who are exposed to secondhand smoke. 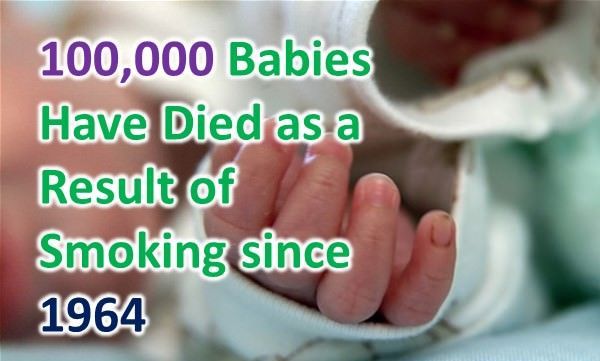 We know from our smoking facts that secondhand smoke has a deadly impact on people. Developing babies and newborns are also at risk when a pregnant mother or parent of a newborn smokes. In the last 50 years, more than 100,000 babies have died from the results of smoking.

Smoking facts show that complications from premature birth, low birth weight and Sudden Infant Death Syndrome or SIDS can be caused by pregnant mothers or parents of newborns who smoke. These are some of the saddest smoking facts: innocent babies are dying as a result of the deadly effects of smoking.

100,000 deaths is a shocking number, and this is one of the smoking facts that parents should see so they have the motivation to quit smoking. Smoking also impacts fertility. Parents who are trying to conceive should pay attention to smoking facts. Smoking causes erectile dysfunction in men and impaired fertility in women,. 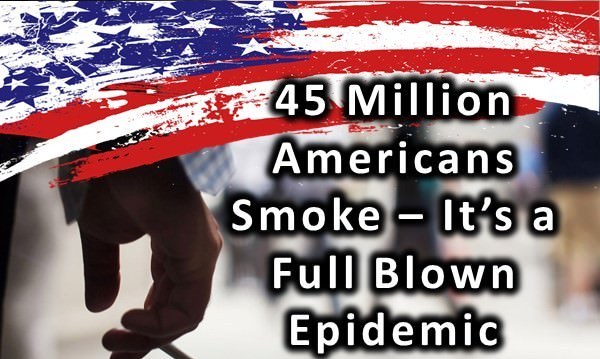 More than 16 million people in the United States suffer from a disease related to smoking. Worldwide, smoking causes more than 5 million deaths each year. Going by current rates of smoking, smoking facts tell us that this number could be as high as 8 million deaths annually by the year 2030.

With the tobacco industry spending $23 million every day to promote smoking, it’s not surprising that smoking has reached epidemic levels. By working together and providing networks of support in our communities, we can counteract the promotional efforts of tobacco companies with smoking facts that tell the truth about the dangers of smoking.

Our smoking facts tell us that cigarette smoking kills 480,000 people each year – that’s 1,300 deaths per day. By some estimates, over 40,000 of these deaths are caused by secondhand smoke.

Smoking facts clearly show that smoking kills. Smoking kills smokers, and it also kills non-smokers who are exposed to tobacco smoke. 1,300 people is the equivalent of an entire small town dying each day!

9. Only 2 States – Alaska and North Dakota – Have Minimal Tobacco Control 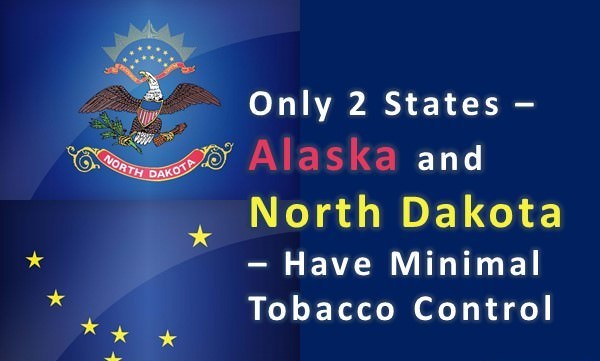 In 2014, states will collect $25.7 billion from tobacco taxes and settlements. Our smoking facts paint a surprising picture: a little less than 2% of this money will be spent by states on smoking prevention and smoking cessation programs.

To stop the deadly impact that smoking has on people and the high financial costs smoking has on society, we need to stop smoking before it starts with better funding for educational programs. By spending more on smoking cessation programs, we can help people quit smoking, and reduce the $130 billion dollar medical expenses that arise as a result of smoking-related diseases. 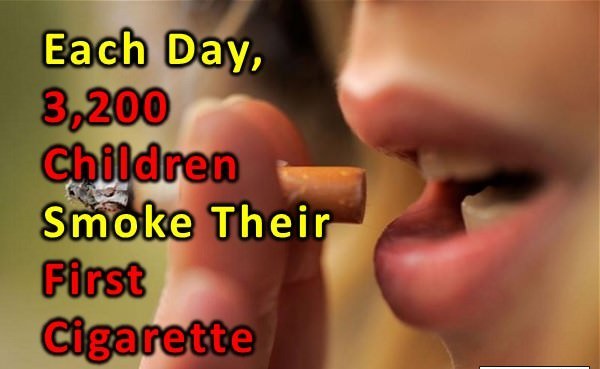 The best use of smoking facts is to teach smoking cigarettes facts for kids. When kids learn about the deadly impact that smoking can have, we can help prevent some children from ever smoking.

Clearly, we need to do more to prevent smoking facts about kids getting any worse. Each day 3,200 children under 18 years old try a cigarette for the first time. This is a shocking fact and something we should take into consideration when we decide where to place our efforts to prevent smoking.

Putting more effort into stopping smoking among kids is important. Many laws have been put in place to limit access to tobacco for minors. Despite this, it’s estimated that each day, 2,100 youths who are infrequent smokers become daily cigarette smokers! This is another one of the shocking smoking facts and further proof that teaching children in our community about the dangers of smoking is important.