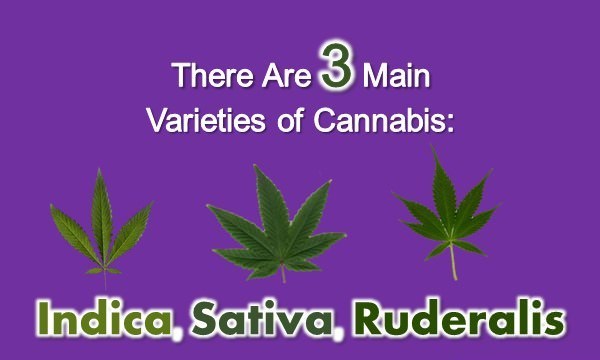 It’s good to get some basic marijuana facts established in order to make an objective judgment of marijuana use. Fun facts about marijuana are a good way to teach teens. By not using an overly authoritative tone, we can help teens and young adults learn about marijuana use and the effects it can have on both individuals and society as a whole.

1. There Are 3 Main Varieties of Cannabis: Indica, Sativa, Ruderalis

Cannabis is the scientific name for marijuana. Marijuana is a street name, or slang name, used to describe the cannabis plant when it is dried for use as a psychoactive drug.

A psychoactive drug is a type of drug that causes changes in perception and sensation by altering the chemistry of the brain. The primary psychoactive component of the cannabis plant is tetrahydrocannabinol, known as THC.

Some types of marijuana have stronger psychoactive effects than others. This difference in psychoactive strength is often due to the amount of THC in the variety of cannabis plant used to prepare the marijuana.

2. There Are 100’s of Street Names for Marijuana 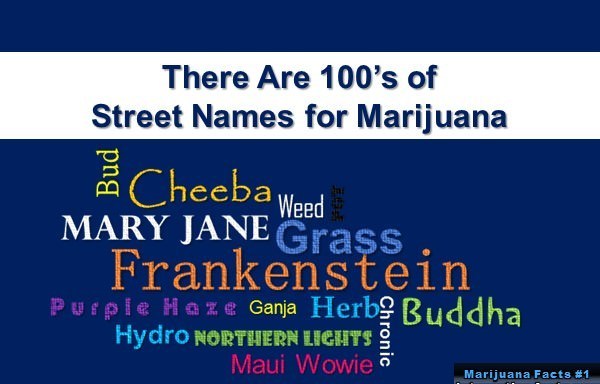 Marijuana, or the preparation of the cannabis plant that is used as a drug, has many street – or slang – names. This is one of the longest marijuana facts! Some of the names for marijuana sound plant-based: weed, grass, pot, and ganja. Others sound like the name of a friend: Mary Jane, herb, bud, cheeba, and buddha.

The list doesn’t end there. Some names of marijuana sound like distinctly scientific: hydro, chronic, and Frankenstein. Other names for marijuana are based on the names of cannabis plant varieties: Northern Lights, Purple Haze, and Maui Wowie.

Knowing some of these funny marijuana facts can help teens be aware when drugs are being discussed. Marijuana is now used publicly to discuss the subject and may not be used when discussions of marijuana use occur between teens.

3. Scientists Are Unable to Create a Pill that Replicates Marijuana 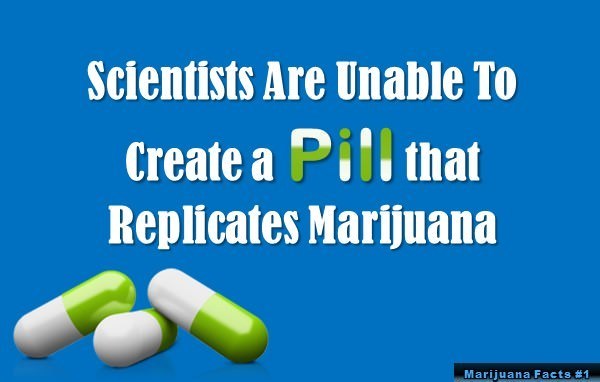 Beyond its use as a recreational drug, marijuana is also used for medical purposes. Marijuana is used to provide comfort to, and aid the digestive process of, terminally and chronically ill patients. This includes people who have AIDs, cancer patients, and others who suffer from chronic illnesses.

Medical marijuana facts are a topic of controversy among people who are critics of marijuana use. One thing is clear: there are other cannabinoids, or compounds, in the cannabis plant that have additional psychological and physical effects. These additional compounds, some of which are unknown, provide part of the medicinal effect of marijuana that provides relief to sick people.

Because many marijuana facts are unknown, a pharmacological replacement for marijuana has not been found. There is no marijuana pill. Scientists need to conduct further research to understand which compounds in the cannabis plant cause specific isolated effects. When scientists have established more marijuana facts, marijuana may become available in pill form. This pill could offer comfort to terminally ill people and others who might benefit from marijuana use but don’t want the psychoactive effects.

4. Cannabis Can Be Used as Feed for Livestock 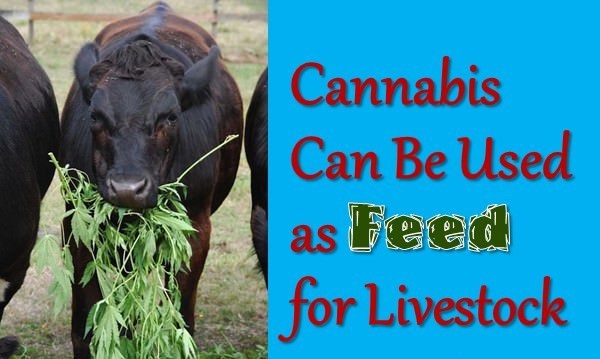 One name we didn’t mention in the list of marijuana facts above is hemp. Hemp is often referred to as the industrial form of marijuana. This is because hemp has long been used as a source material for products used in industry, such as paper, fabric and rope.

Hemp provides another area of controversy when discussing marijuana facts. As with medicinal marijuana, critics of marijuana use are often critical of hemp use. Hemp has been used throughout history as a fiber for clothing and rope-making due to its fibrous nature.

Hemp plants are cannabis plants that contain little or none of the psychoactive compounds found in the cannabis plants used for producing marijuana. In addition to the fibers of the plant, hemp seeds are used for feedstock and are eaten directly as a good source of fat from vegetables. Hemp seeds contain a lot of oil and hemp oil is often used as a food product and a source of energy. 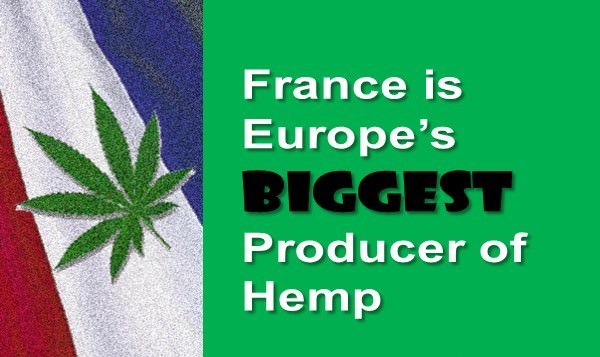 China produces more industrial hemp than any other country in the world. In Australia, individual states are licensing farmers to grow hemp for industrial purposes. Canada has permitted industrial hemp growing since 1998.

France is Europe’s biggest producer of hemp. The United Kingdom has also recently begun licensing farmers to grow hemp. In both countries hemp is used as a bedding for farm animals amongst other things.

Individual states have passed laws allowing the farming of industrial hemp, but the federal government did not address the issue directly until recently. In 2014, Congress passed a law allowing farmers in some states to begin harvesting industrial hemp. 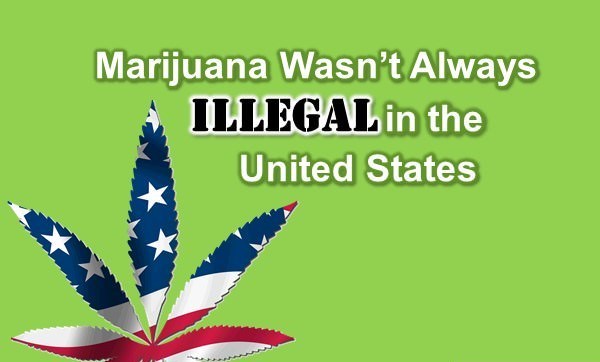 It’s one of the surprising marijuana facts that marijuana wasn’t always illegal in the United States. There were regulations and restrictions on marijuana, but it wasn’t until the 1930s that marijuana became an illegal drug in many places.

Marijuana was originally classified as a poison, before being classified as a controlled substance under the Controlled Substances Act in 1970. This effectively made marijuana illegal in the United States. However, individual states had their own laws and different approaches to marijuana use.

Despite many attempts to remove cannabis from the list of controlled substances, the Supreme Court has upheld the law even for cases of medical marijuana use. Currently, some states, such as Colorado and California, have more lenient laws regarding marijuana use. 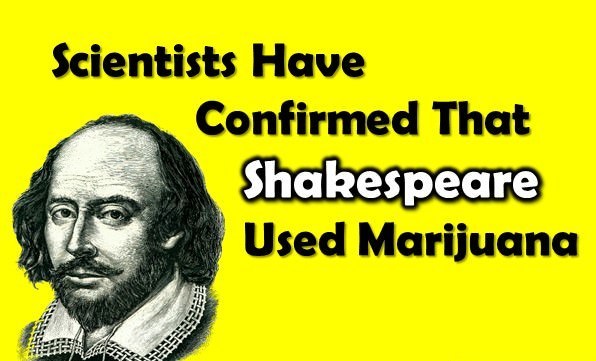 One frequent claim by people who use marijuana is that it enhances their creativity. This doesn’t exactly qualify as one of our marijuana facts! However, many artists and musicians throughout history have spoken about their own marijuana use.

Shakespeare, considered by many to be one of the greatest writers of all time, mentioned a noted weed in one of his writings. A study of pipes dug up from the grounds of one of Shakespeare’s homes showed trace elements of cannabis.

One of the most popular songs by Jimi Hendrix is Purple Haze. Many rock and roll artists used marijuana during the 1960s and 70s. Using marijuana and other drugs was part of the hippy culture that characterized the lives of many teens and young adults at the time.

In more recent times, popular artists such as Snoop Dogg have blatantly used marijuana in videos and television shows. It’s one of the puzzling marijuana facts that popular culture in the United States seems to condone marijuana use, even though marijuana is illegal.

8. Marijuana is the Most Widely Used Drug in the World 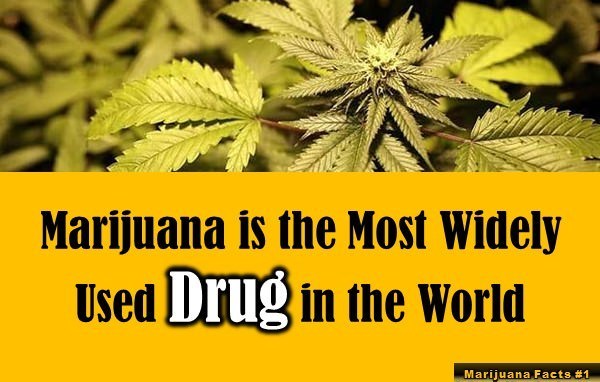 According to the United Nations, or UN, marijuana is the most widely used drug in the world. The UN is the source of one of the most astonishing marijuana facts, namely that over 100 million adults worldwide use marijuana.

Almost one half (47%) of Americans have tried marijuana, including more than 10% who have tried it in the past year. A United States government survey showed that more than 18 million Americans who were 12 years or older had used marijuana in the previous month.

9. Marijuana Accounts for 48% of Drug Arrest in the United States 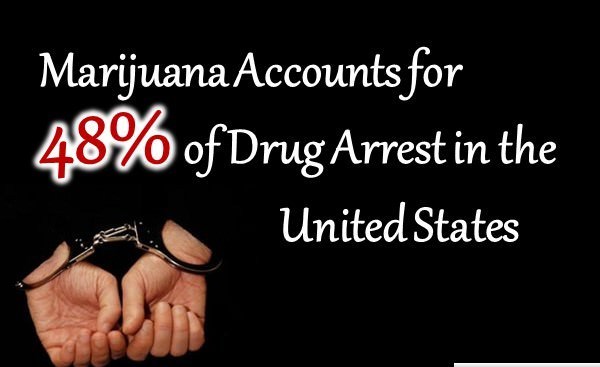 This is another of the more astonishing marijuana facts. The FBI reports that roughly 750,000 people were arrested for marijuana-related offenses in 2012. This accounted for nearly one half, or 48%, of the drug arrests in the United States that year. Of those arrests, the vast majority – more than 87% percent – were for possession and not for the selling or growing of marijuana.

There are more arrests for marijuana offenses each year than all the arrests for violent crime combined. According to the American Civil Liberties Union, or ACLU, Black people are almost four times more likely to be arrested for marijuana-related offenses than White people. Studies have shown the use of marijuana is comparable between White and Black Americans, so the rate of use does not explain the difference in arrests. This is another one of the puzzling marijuana facts and helps explain why marijuana facts are such a controversial subject. 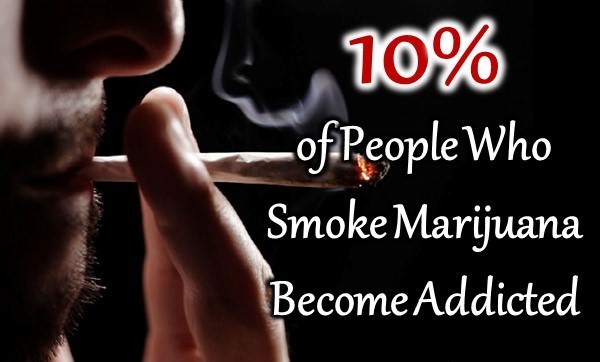 Recent studies have shown that marijuana is addictive and that there are long-term effects on the brain. About 10% of people who smoke marijuana become addicted.

The long-term effects from marijuana use include a lower IQ. This is one of the important marijuana facts it might be beneficial for teens to learn — starting marijuana use at a young age can permanently lower your IQ. A recent long-term study in New Zealand regarding this was the first of its kind and further studies are needed to learn more marijuana facts.

While our laws and our culture are changing, and despite Peter Tosh’s song Legalize It, marijuana is still illegal in most places in the United States and in most countries in the Western World.