Tornado facts capture our attention as they teach us about the raw power of nature. Interesting facts about tornado for kids are a great way to get them excited about science. Tornadoes fascinate us so much that there are even tornado chasers who track down these destructive storms to get more tornado alley facts.

Tornadoes don’t last for very long, so capturing tornado fun facts through scientific measurements is not easy. The tornado chasers put their lives on the line to help us learn more about tornadoes.

Facts about Tornadoes come in all shapes and sizes, much like tornadoes themselves. These facts help us protect ourselves against these powerful storms, and to get better at predicting when and where tornadoes will occur. 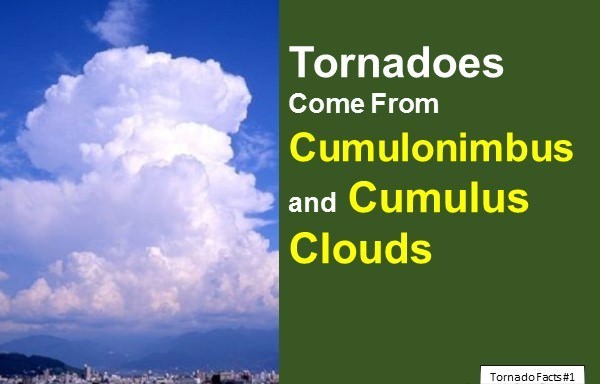 Perhaps it’s the spinning motion of tornadoes that captures our attention. The fact that they spin is the most basic of tornado fun facts. Tornadoes are sometimes called twisters or cyclones, and both of these names refer to the spinning and contorting nature of the rapidly swirling air that defines a tornado.

2. Tornadoes Have Been Witnessed on Every Continent Except Antarctica 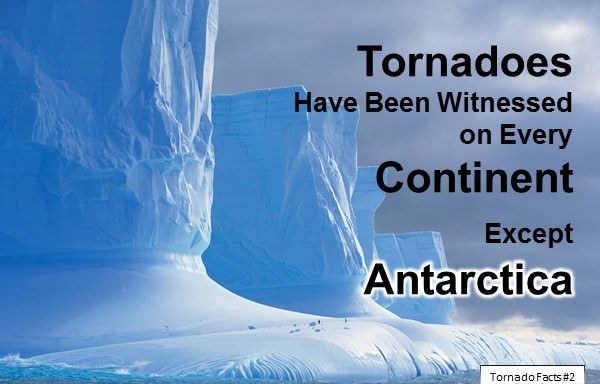 Tornadoes occur all over the world. Tornadoes have been witnessed on every continent except Antarctica, and also occur over the ocean.

Scientists aren’t in agreement about whether or not a tornado over the ocean should be considered a tornado. It is often referred to as a waterspout. This is one of the interesting facts about tornadoes that is up for debate.

While tornadoes occur all over the world, our popular image of the tornado is in fact not far from the truth. Most tornadoes occur in a particular part of the Midwest United States, which has come to be known as Tornado Alley. Tornadoes and tornadoes facts call this part of the world home!

3. Historians Aren’t Sure How The Word Tornado Came from Spanish 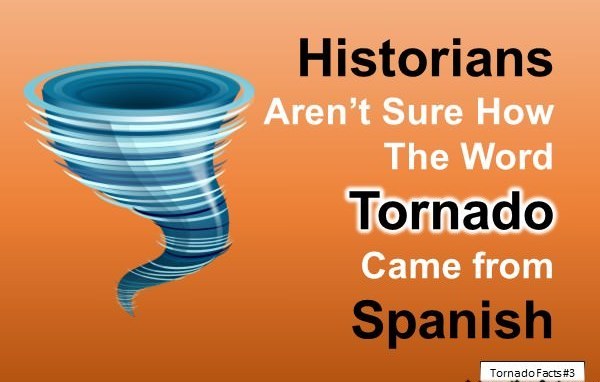 It is possible that this is not one of the tornado facts, and that the word tornado was actually derived directly from tronada. Whatever the case, it is certain that the word came from the Spanish language.

4. A Funnel Cloud Is Only a Tornado When it Touches the Ground 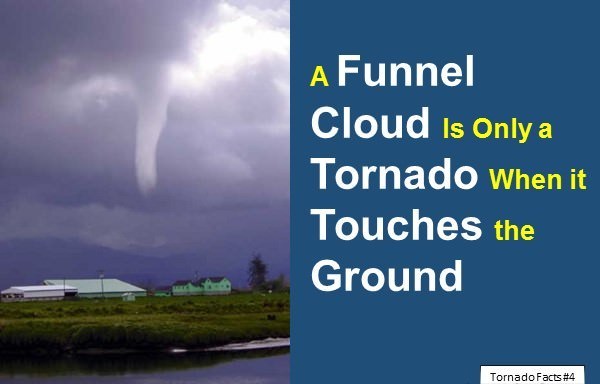 We may sometimes see shapes of clouds that look like tornadoes. Or, we may see a formation at the bottom of a cloud that looks like a funnel. Unless this funnel-shaped column of air touches the ground, it is not considered a true tornado.

5. Hurricane Katrina Created Tornadoes All Across the East Coast 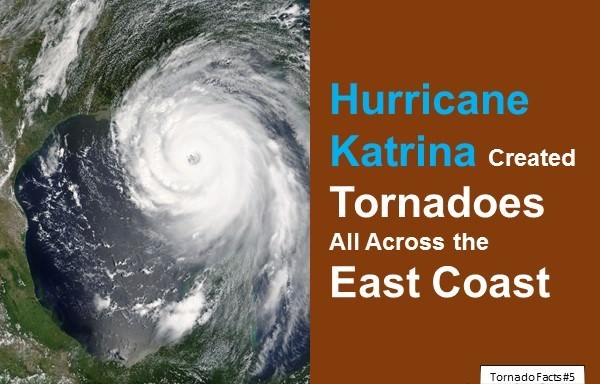 6.When Storms Produce More Than One Tornado It’s Called an ‘Outbreak’ 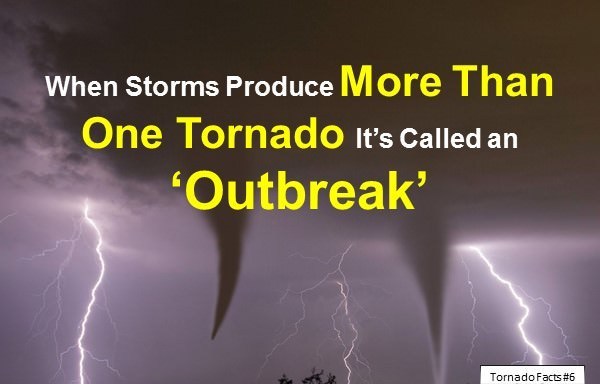 When a large storm front, such as the one generated by Hurricane Katrina, creates a series of tornadoes, this is considered a tornado outbreak. The storm front from Hurricane Katrina was so powerful that it still had enough energy to generate tornadoes as far north as Pennsylvania in the Mid-Atlantic Region of the United States.

7. Supercells Are Storms That Have Cyclones of Air Built-in to Them 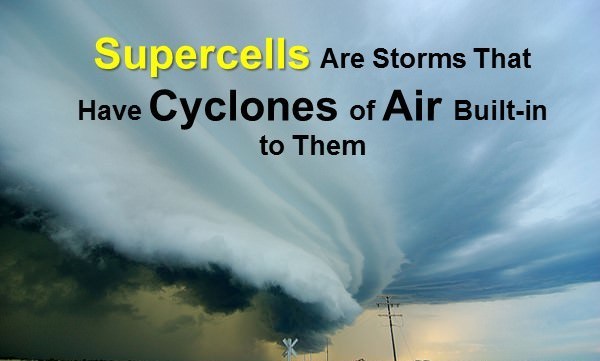 Supercells are a particular type of thunderstorm. These storms have cyclones of air in them, though the cyclones are a few miles up in the air and don’t always touch the ground. The cyclones in supercells are known as mesocyclones.

Tornadoes develop when the supercell starts generating large amounts of rain. This sudden rainfall pulls the air around the rain down with it, and pulls the mesocyclone down towards the ground.

8. Some Tornadoes Can’t Be Seen 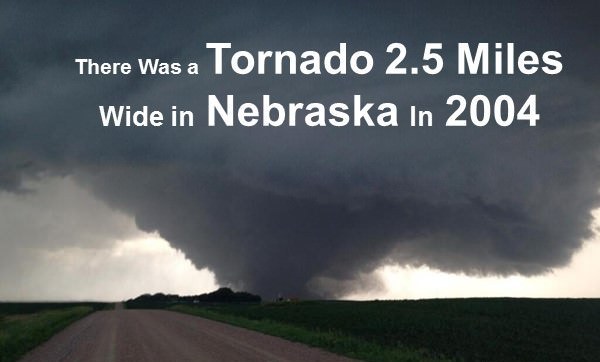 A lot of fun tornado facts are about the names given to tornadoes. Tornadoes are given different names based on their shape. Some tornadoes are short and round; these are called stovepipe tornadoes.

Other large tornadoes can take on a large V-shape, and are called wedges, or wedge tornadoes. When a tornado loses strength, it starts to appear wispy and more twisted, and these tornadoes are known as rope tornadoes.

While a rope tornado may appear wispy, it’s one of the established tornado facts that the average tornado in the United States is roughly 500 feet, or 150 meters, in diameter. Get ready for some mind-blowing tornado facts: tornadoes can be over one mile, or 1.5 kilometers, wide!

10. Tornadoes Make Infrasound Below the 20Hz Range of Human Hearing 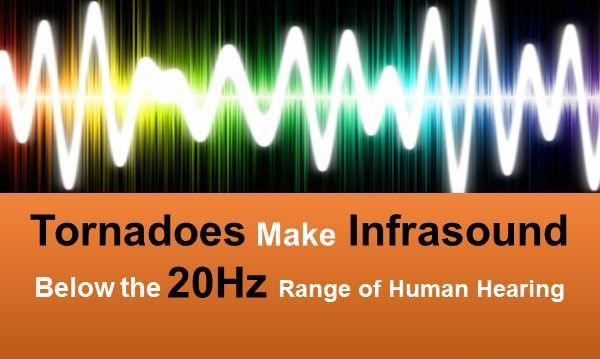 A lot of tornado facts are concerned with the appearance of a tornado because of its awesome and overwhelming nature. Seeing a column of air dramatically rising from the ground all the way up to the sky is an incredible experience.

One of the amazing facts is that tornadoes make infrasound. Infrasound is sound that is below 20 Hz, which is below the normal range of human hearing. When most people hear a tornado, it sounds like a whooshing sound, or the sound of air rushing. Some people have compared the sound to that of a train.

Scientists are exploring ways to use infrasound as a means of detecting tornadoes in order to provide early warning to people who may be in a tornado’s path. 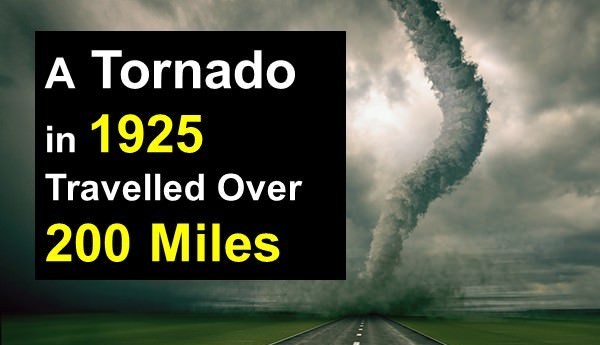 Tornadoes move with their thunderstorm clouds because they are connected at the top to the cyclone of air within the cloud. The area where the tornado connects to the ground moves across the land as the cloud moves with the storm above. The ground the tornado travels across is considered the path of the tornado.

This path is where the destruction occurs. As a tornado moves, it hits anything in its path on the ground with a swirling mass of air. The tornado also carries with it any dust and debris that it has picked up. The swirling mass of a tornado can contain rocks, sticks and other dense objects, moving rapidly through the air.

When these objects and the swirling air of the tornado impact a structure that people have built, such as a building, or house, the effects can be devastating. A powerful tornado can completely destroy a house, leaving it looking like nothing but a pile of wood!

Some of the saddest tornado facts occur when people are caught in the path of a tornado. The best way to avoid injury is to evacuate people from the path of the tornado. However, tornadoes form quickly and the path a tornado takes is not easy to predict. When adequate shelter is not available, people sometimes die as a result of injuries caused by a tornado.

Get ready for another of the mind-blowing tornado fun facts. Tornadoes can travel over 100 miles with a storm! Storms often generate one tornado after another, and these multiple tornadoes are sometimes mistaken for one continuous tornado.

However, tornadoes traveling over 100 miles have been confirmed, including one tornado in 1925 that traveled over 200 miles!

12. Tornadoes Have Some of the Fastest Wind Speeds on Earth 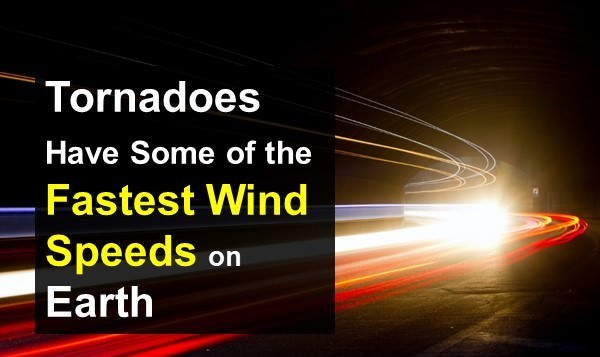 We saved the most amazing tornado facts for last. Tornadoes cause so much destruction because the wind speeds in the cyclone of air are incredibly high.

13. There Are 3 Scales for Rating Tornadoes 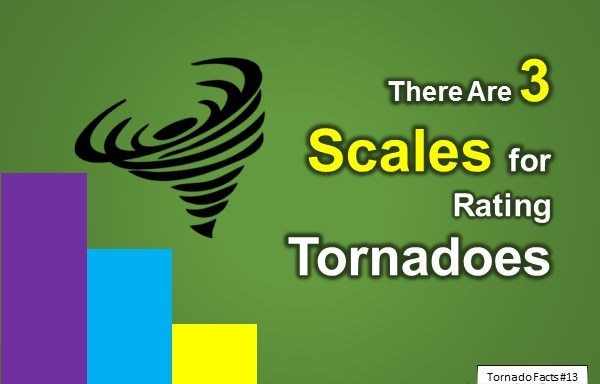 There is also an Enhanced Fujita Scale, which is an updated version of the original Fujita scale. For both of these, a scale F5 or EF5 is the highest rating. A tornado of this magnitude can rip a house right off its foundation!

The TORRO scale or T-scale was developed by the Tornado and Storm Research Organization in the United Kingdom. This scale works on a measure from T1 to T11. Unlike the Fujita scale, the TORRO scale is based on the wind speed of the tornado, and not the destruction it causes.

Of course, the higher the wind speed, the more likely a tornado is to cause significant damage. A tornado ranked highly on one scale is also ranked highly on the other scale. The subtle differences have to do with the different gradations of tornadoes.

While some argue about which scale is better, one of our tornado facts is certain: we wouldn’t want to be in the path of any tornado that is ranked high on either scale! 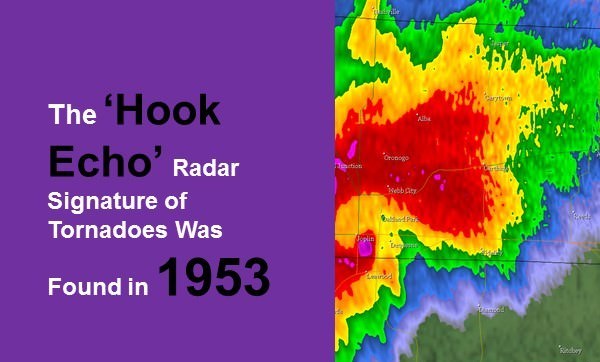 From the 1950s onward, the United States began to develop a series of tornado warning systems in the Midwest, where most of the tornadoes in the world occur. In 1953, a particular type of radar signature called a hook echo was associated with the thunderstorms that produce tornadoes.

Today, tornado facts for predicting tornadoes are still found with radar. Scientists are getting better at understanding which radar signatures are associated with tornadoes and the thunderstorms that create them.

Tornadoes move so quickly that they can sometimes form before the data from radar showing the tornado’s activity has even been retrieved and processed by computers!

Two good eyes are still the best method for detecting tornadoes. In the United States, there are storm spotters who are trained to recognize the signs of severe weather that could lead to a tornado.

These storm spotters are part of a program called Skywarn that trains local law enforcement, rescue workers and ordinary citizens to help detect and report tornadoes.

15. Storm-Chasers Are Thrill-Seeking Scientists That Save Lives 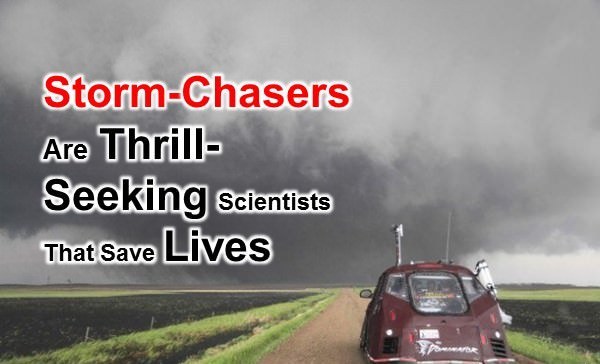 While this is not one of the tornado facts we should encourage our kids to explore, it’s inspiring to know that people are risking their lives to help save others. The fact that storm chasers gather help scientists improve their ability to detect tornadoes. As tornado detection gets better, more people can be evacuated sooner in the event of a tornado, and more lives can be saved.

Tornadoes are an awesome force of nature. Tornadoes can have winds up to 300 miles per hour and can be over 2.5 miles wide! These large swirling masses of air, water and debris cause serious damage when their path carries them through areas where people live and work.

Our common image of the tornado appearing over farmland is actually one of the true tornado alley facts. Most tornadoes occur in the Midwest of the United States. Efforts to learn more facts about tornados, including improving our ability to detect tornadoes, have been focused in the Midwest for this reason.

Brave storm chasers and storm spotters are part of the warning system for tornadoes. Despite the many tornado facts we know, predicting tornadoes remains a difficult task. People spotting tornadoes early on, and informing authorities immediately, is still our best line of defense against these powerhouses of nature.

Don’t miss my post on Interesting Facts about Earthquakes