Recycling facts are important for both our environment and our economy. When we take trash and reuse or repurpose it, we are helping to conserve valuable natural resources. Interesting facts about recycling tell us about the process that protects our Earth by converting waste into usable material again.

1. There Was Recycling in Ancient Rome and Egypt 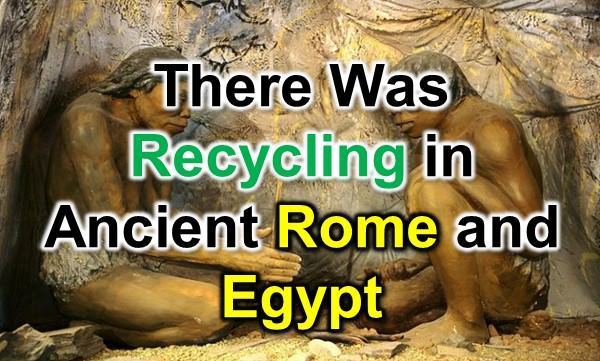 Recycling facts take us farther back in time than we might originally think. Recycling has always been a part of human life. Whenever it was more advantageous to acquire material through recycling instead of finding new material, people were recycling.

Even before the Industrial Age, people in Europe recycled bronze and other metals to reuse. Today, metal continues to be one of the main materials used in recycling. The effort required for the mining and refining of metal can be largely avoided when scrap or trash metal is used as the source material for new items.

When the Industrial Age began, railroads, and later the automotive industry, used a lot of scrap metal. Today, nearly 80% of all stainless steel comes from scrap metal.

Other materials are part of the recycling facts from history. Wool and rags were recycled in the 1800s and 1900s. The recycled wool was referred to as shoddy wool, and the industry which recycled these fabrics was known as the shoddy industry. 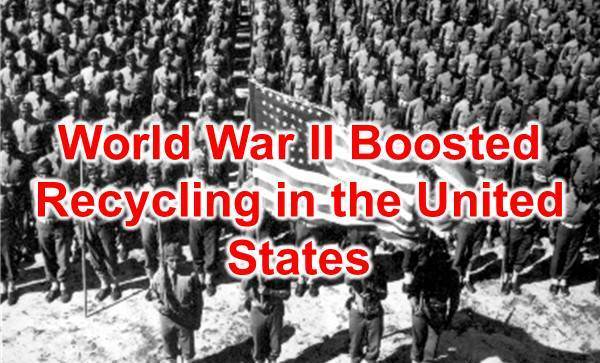 In the United States, the economic benefits of recycling facts were widely promoted during World War II. World War I and World War II hurt the production and distribution of raw materials.

During World War II, it was easier and more cost-effective to source materials through recycling. This continues to be one of the most important recycling facts today. Recycling is done because it is more efficient or costs less than using new materials.

The result of the recycling campaigns during the World War II was a cultural legacy of recycling. Even as economies improved following the war, many governments and individuals continued to encourage recycling.

While World War II was a horrible series of events that cost many lives, one of the positive things to emerge from the war was that people continued to be interested in recycling and recycling facts.

3. Even Cellphones and Nuclear Waste Can Be Recycled 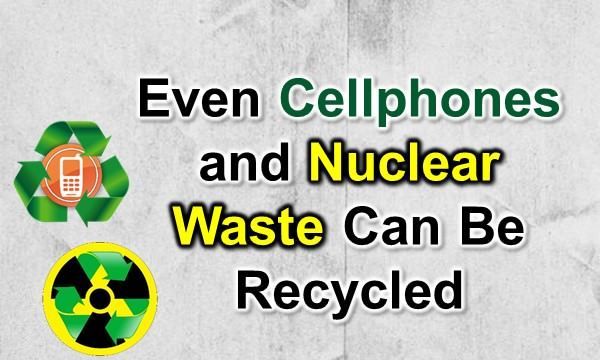 Scientists have worked hard to establish new recycling facts and to create processes for recycling even more materials. In addition to the traditional materials of metal, paper, and fabric, many other materials can now be recycled.

Some of the most amazing recycling facts relate to the ways that car batteries, computers and other hazardous materials are recycled. These products contain valuable metals and, as recycling processes improve, it gets easier and easier to recover these metals in an efficient and environmentally friendly way.

4. Governments Mandate Recycling for the Environment and the Economy 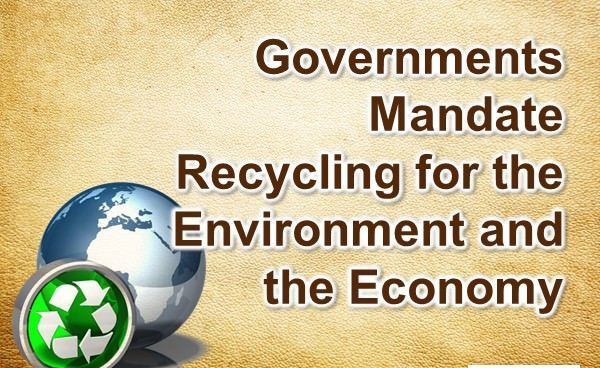 This is one of the recycling facts that demonstrates the interaction between the environment and the economy that occurs with recycling. Governments, at the regional and national level, have mandated recycling in many parts of the world. Some governments have also instituted laws that encourage recycling through tax benefits.

Governments mandate recycling for two main reasons. One of the most basic recycling facts is that recycling is better for the environment. Recycling waste reduces the amount of waste that goes into landfills or is burned in incinerators.

Since World War II, some people have forgotten the second of the most basic recycling facts, which is that recycling helps the economy, by reducing the cost of sourcing and transporting raw materials needed for producing goods.

5. There is a Floating Mass of Plastic in the Ocean the Size of Texas 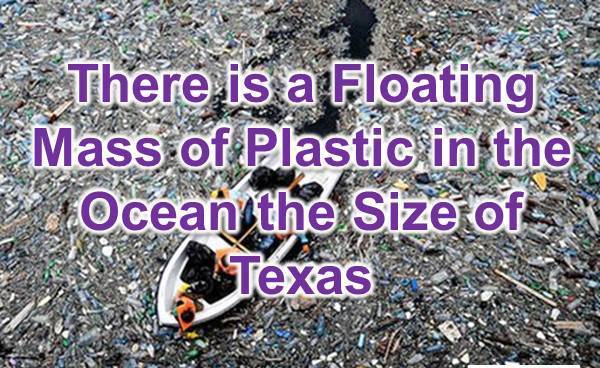 The saddest recycling facts are facts about what happens to waste when we don’t recycle it. The waste from plastic products, such as plastic containers, and even the plastics used in some cosmetics, can spell disaster for marine life.

Plastics make their way into the water system when they aren’t recycled. This plastic ends up in our rivers, waterways and oceans. The movement of the ocean and the light from the Sun break down the plastics into smaller particles.

These particles are ingested by small marine animals and work their way up the food chain, causing trouble for marine life of all sizes. The particles from plastic waste in our oceans are now threatening our marine food supply.

6. The Recycling Codes for Plastic Were Introduced in 1988 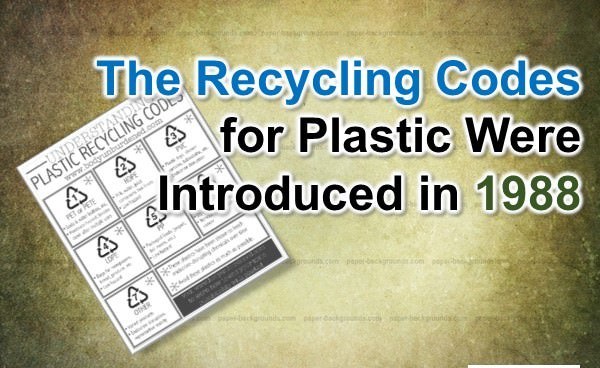 There was a time after the codes were introduced that people were responsible for sorting their own plastic waste for recycling according to the codes on the plastic.

These days most municipalities and areas have mixed recycling. This means that all recycling materials are placed out for collection together and the recycling company sorts and processes the materials at the recycling plant.

Recyclers still use the recycling codes to sort plastics at their facility, but members of the public don’t generally need to separate their own plastics any more.

Thankfully recycling codes are not something that we have to pay as much attention to as before. Our focus is better spent on increasing the recycling rate, and other recycling facts.

7. 34 Metals Studied by the UN Have Recycling Rates Less Than 1% 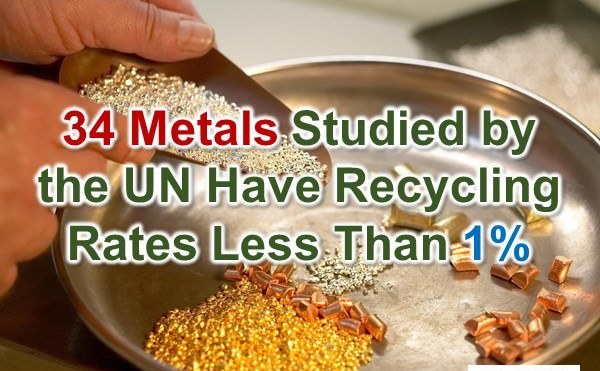 The UN recently released a report containing recycling facts, including recycling rates for metals. While many metals, such as aluminum and steel, have high rates of recycling, the report states that, as a planet, we can do a much better job of recycling metals.

Less than one-third of the metals that were studied in the report are recycled, and more than 50% of the time, they are disposed of. One of the worst recycling facts is that 34 of the metals studied have a recycling rate below one percent! Clearly we can be doing better.

Many of these metals are crucial to new environmentally friendly technologies, such as batteries for electric cars and the magnets used in wind turbines. By making sure that we recycle these metals, we can doubly benefit the Earth. There is less waste generated and we reduce the cost and environmental impact of sourcing more metals.

8. Electronic Waste is the Fastest Growing Waste Stream in the World 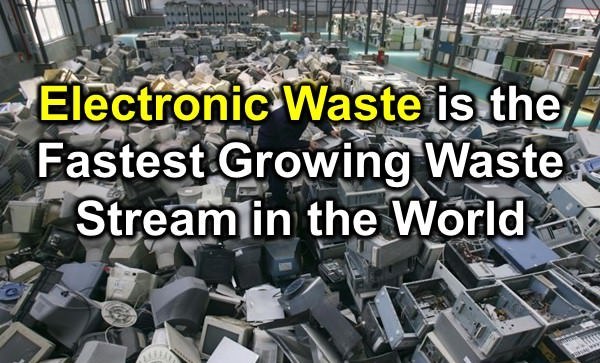 It’s one of the most surprising recycling facts that electronics can be recycled. E-Waste, or electronic waste, is the fastest growing waste stream in the world, and electronics contain many of the metals that are crucial to new technologies.

Often, electronic waste is new technology, because devices are regularly thrown out, despite being only two or three years old! These gadgets contain metals that can be reused to create the next generation of devices.

9. Not Everyone Agrees Whether Reuse is a Type of Recycling 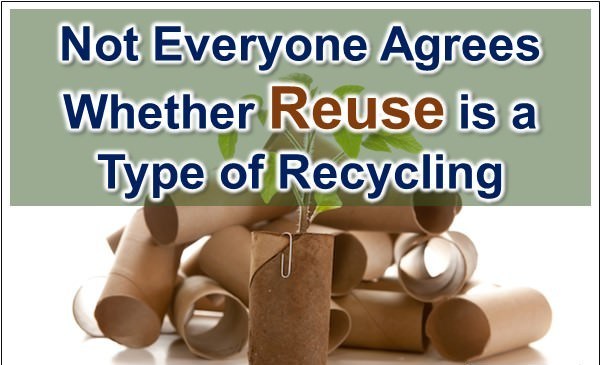 The most rigid interpretation of recycling is an action or series of actions that render something back to its original materials. Then, this material is fed into the process for creating a new product, at which point it is considered recycled.

Reuse is considered by many to be a form of recycling because it offers all of the same benefits of recycling: there is no need to source new materials, and waste is reduced.

Reuse can also be fun! Reusing empty plastic containers after they have been washed is a great way to make fun art projects with kids. This also teaches kids about recycling facts, and the importance of recycling to help our environment.

Buying used clothing, a used car, or other used items, is also classed as reuse, and fits under the larger umbrella of recycling. It was the campaign during World War II that gave us this larger sense of recycling. Recycling, in its simplest sense, is not throwing out anything that can serve a useful purpose again.

10. You Are The Most Important Recycling Company 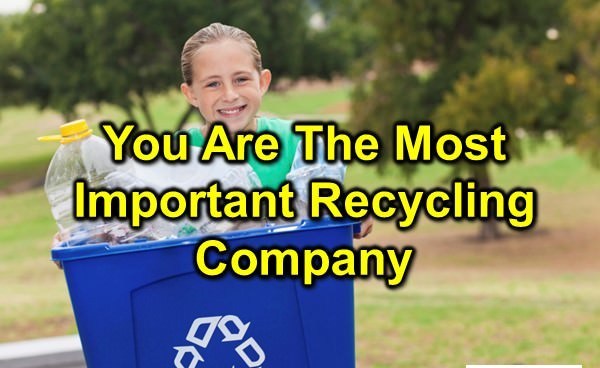 In our modern lives, we generate more waste than any time in previous history. Each of us should be our own recycling company. The most important recycling facts are the ones that we should pay attention to.

Knowing your local municipality’s recycling schedule makes recycling easy. Many local areas offer curbside pickup for recycling. For other items, such as batteries, and electronics, there are drop-off locations where you can take these to be recycled.

Recycling facts were established in history for the simple reason that it was often easier to reuse material than to source it again. In modern times, the basic reasons for recycling haven’t changed.

Some people debate recycling facts and whether or not it is always worth recycling. One thing is for certain: our planet is not limitless. The more products and materials we can recycle, the fewer natural resources we need to take from our environment.

It is the responsibility of scientists to establish more recycling facts and create new processes that recycle materials in increasingly efficient ways, without causing further harm to the environment.