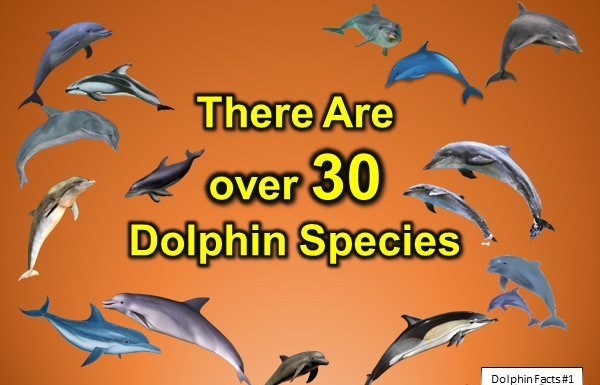 The largest dolphin, the orca, is somewhat confusingly called a killer whale. Make no mistake though, the orca, and all other dolphins may look cute, buy are carnivores that eat only meat! Thankfully the relationships between humans and dolphins have been mostly good. However, some incidents of violence against humans by dolphins in captivity show this relationship may be strained when we keep dolphins locked up.

It may be that because dolphins are very social animals, captivity has a more negative effect on them than other animals. Dolphin facts show that some species of dolphins even have their own unique whistle or name.

As scientists gather more dolphin facts, it should become more apparent that these are some of the most behaviorally developed animals and may deserve special rights of protection from humans who want to hunt them or keep them in captivity.

1. There Are over 30 Dolphin Species

Dolphins are aquatic mammals that live all over the world. There are over 30 species of dolphins, and they are all carnivores that eat fish, squid and, in the case of the Orca, seals and other marine mammals. 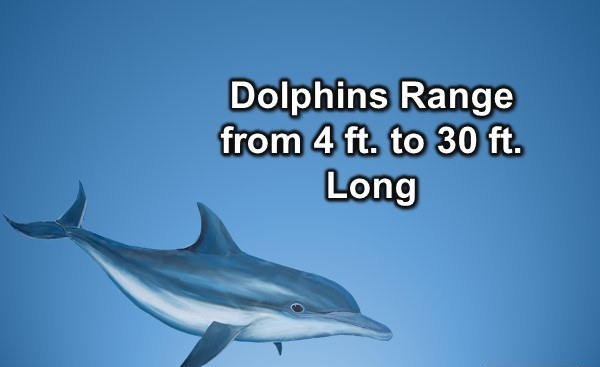 Dolphin facts teach us that there are a wide variety of species of dolphin in the ocean within a group of animals called agenera. The smallest dolphin in the world is the Maui’s dolphin, which is only 4 ft. long.

The largest dolphin in the world is the orca, which is commonly known as the killer whale. However, it’s technically not a whale, but it is part of the genera of dolphin. Orca can be up to 30 ft. long.

One of the most incredible wtf fun facts about dolphin is that all dolphins descended from land mammals that transitioned back to life in the ocean. The amazing varieties of the more than 30 different species of dolphin evolved over time from these land mammal ancestors.

3. The Ancestors of Dolphins Entered the Water 55 Million Years Ago 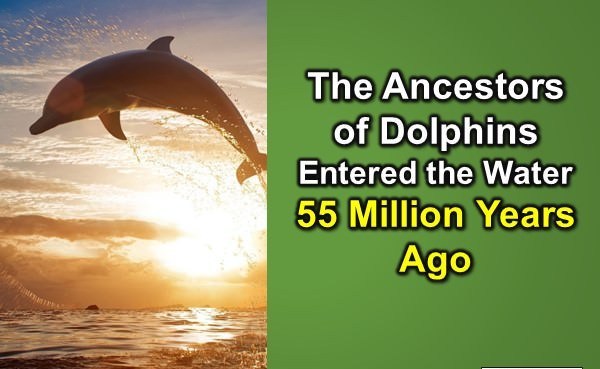 Dolphins are the descendants of land mammals that returned to the ocean over 50 million years ago. This was so long ago, that other animals that descended from the same land mammals as dolphins include giraffes and hippopotamuses.

Dolphin facts show that in modern dolphins, there are two bones near the pelvis that are believed to be what is left of the hind limbs of the ancestor of the dolphin. Though they appear differently in various species, dolphin facts tell us that these two bones appearing in all dolphins are called vestigial limbs.

One of the more surprising dolphin facts is that although whales and dolphins appear on the surface to be similar, they evolved separately from each other. Dolphins and whales share different features with their distant relatives such as zebras, camels, and the more closely related hippopotamus. 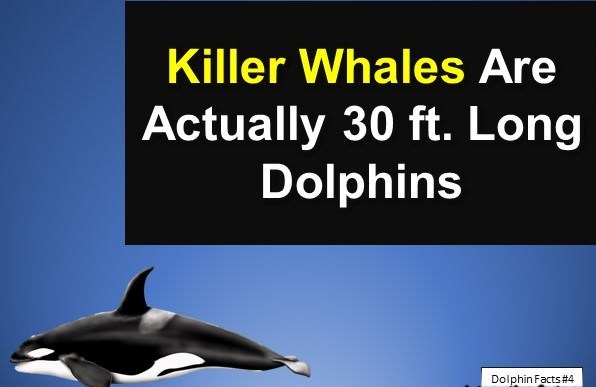 One of the most surprising dolphin facts is about an animal that is confusingly called the killer whale. The orca, or killer whale, is scientifically considered a dolphin. Orcas live all over the world, from the Arctic to the Antarctic.

The orca is the only living species in the lineage Orcinus. When dolphin species began to emerge about 11 million years ago, the Orcinus lineage branched off at around the same time. This explains why their features and their size – they are the biggest dolphins at 30 feet long – are strikingly different from other dolphin species.

Interesting facts about Dolphin about orcas are still not totally clear. Some scientists believe that there may be 3 or 5 different species of orca. The various types of orcas lead different lifestyles and have different features.

This is one of the dolphin facts that demonstrates evolution in progress. These different orcas are developing different features to aid them in their environments: in coastal waters, in deep seas, and migrating between the two. What scientists may be observing is the emergence of new subspecies of dolphin! 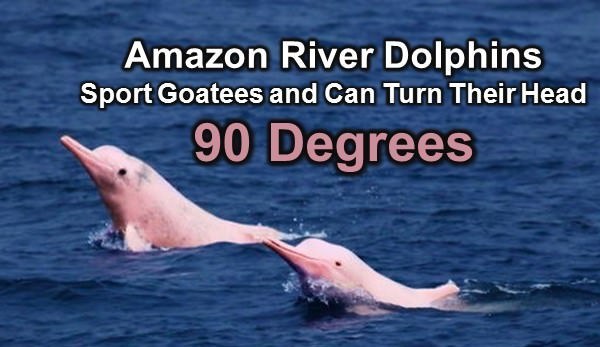 Dolphin facts teach us that as part of their adaptation to marine life, dolphin species lost the hair that their land mammal ancestors had. When dolphins are gestating, and when they are born, they may have small hairs around their beak, or mouth. However, these hairs fall off right before or after the dolphin is born.

6. Dolphins Can Hear 10 Times above the Human Range of Hearing 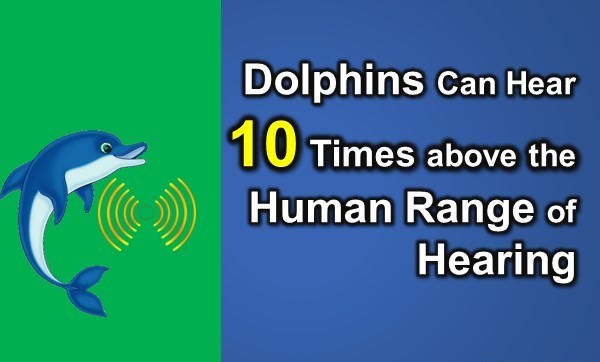 Dolphin facts teach us that dolphins have sharp senses which allow them to capture prey in the water. They have good eyesight so they can see their prey.

Dolphins also have an incredible range of hearing, and use a series of vocalizations, including clicks and whistles, to echolocate their prey. Interesting facts about Dolphin reveal that dolphins have an organ in their head called a melon which helps them collect sound by acting like a big radar dish.

Dolphin hearing is mostly done through vibrations in the dolphin’s lower jaw. Dolphin facts about dolphin anatomy show that there is a void filled with fat that connects from the lower jaw to the inner ear of the dolphin. This natural reverb chamber transmits the sound from the jaw to the inner ear. Despite this reverb chamber, there are no dolphin facts that tell us whether or not dolphins like dub music. 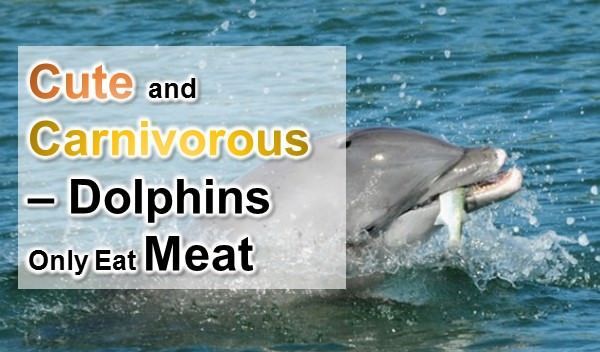 Make no mistake though, dolphins are predators, and they are carnivores, meaning they eat only meat. This is one of the fun dolphin facts for kids of a certain age, especially children who like dinosaurs, such as the T-Rex. As cute as dolphins are, just like the T-Rex, they only eat meat.

Dolphins typically eat fish, but also eat other marine animals, including squid. Larger dolphins, such as the orca, will eat other mammals such as seals, and even whales that are larger than the orca.

The orca may be the best dolphin to compare to the T-Rex. At 30 ft. long and with large teeth, there are no known predators of the orca. The orca is one of the top predators in the ocean, and is known as an apex predator. Dolphin facts show that many river dolphins, including the Chinese river dolphin, are also apex predators.

Humans and dolphins generally get along. However, there have been instances of orca killing trainers while held in captivity. These sad dolphin facts show that the behavior of dolphins changes in captivity, and many people believe no dolphins should be held against their will.

8. Dolphins Have Big Parties – Sometimes Over 1,000 Dolphins Hangin’ Out 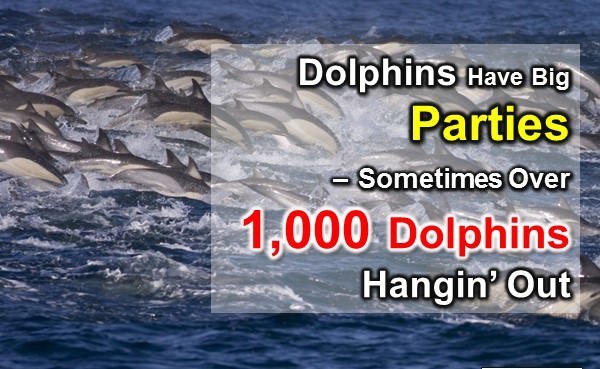 Dolphins are very social animals. WTF fun facts about Dolphin show that dolphins communicate with each other through their vocalizations, including clicks, whistles and chirps. Some bottlenose dolphins facts have recently been revealed and show these dolphins have unique whistles that identify each dolphin. These dolphins have names! After all, when you’re being social or gossiping, it helps to know who you are talking to or who you are talking about!

Being social animals, dolphins often congregate for hunting and simply to have fun. Adolescent dolphins of certain species form groups. To put it another way, the equivalent of teenage dolphins like to hang in cliques. Dolphin facts have yet to reveal which table is the cool table at lunchtime.

Dolphins congregate in groups ranging from a few individuals to over 1,000 dolphins. Dolphin facts teach us that dolphin groups are called pods, and these large gatherings of over a thousand dolphins are called superpods. One thing is for sure, dolphins know how to throw a big party!

9. Bottlenose Dolphins Teach Each Other to Use Tools 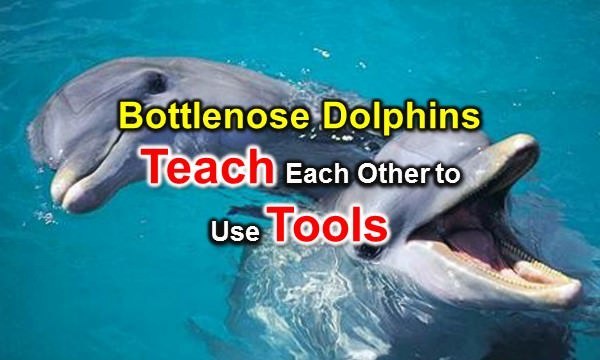 In addition to a complex range of vocalizations, which some scientists believe qualifies as language, dolphin facts show that certain dolphin species use tools. Putting language and tools together, some scientists attest that dolphins have culture.

Other species of dolphin are reported to use sticks and aquatic weeds as part of mating rituals in another type of learned behavior. It’s clear from dolphin facts that these are some of the most behaviorally developed animals on Earth.

10. In Laguna, Santa Catarina, Brazil, Dolphins and Humans Fish as a Team 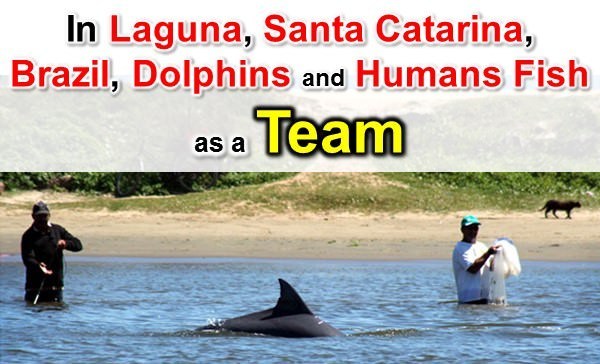 Historical facts about dolphin show that humans and dolphins have had cooperative relations dating back to Roman times. In particular, fishermen and dolphins can work as a team to fish. Here’s how it works: the dolphins will work together to herd schools of fish towards the fishermen’s nets. Once the fish are caught, the fishermen give the dolphins their share of the catch. This practice continues today in places such as Laguna, Santa Catarina, Brazil.

The United States Navy also has a dolphin-training program. While there has been speculation about dolphins being trained for combat, there are no hard dolphin facts that confirm dolphins have been trained for combat in the United States or in the former Soviet Union. The US Navy and other countries have confirmed that they train dolphins for detecting mines and rescuing people who are lost at sea.

Are these dolphin facts awesome to you? then you should also read: Facts about Littering as well as Interesting facts about George Washington