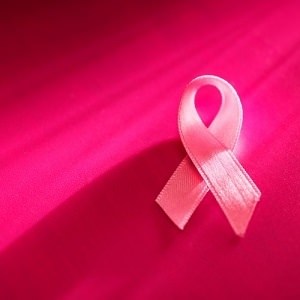 Increasing breast cancer awareness by teaching breast cancer facts can help support the search for a cure and make sure that people perform self-exams and seek treatment early if they have cause for concern. Checking for lumps and other signs and symptoms of breast cancer is something every woman should do.

1. Up Until the 1950’s Breast Cancer Wasn’t Spoken About in Public

Seeing pink ribbons everywhere is one of the positive breast cancer facts. Up until the 1950s, breast cancer was a subject that was not spoken about in public. Because of the sensitive nature of the disease, women did not have the same levels of support they do today. Many women suffered from lack of treatment, and the surgeries performed were not as advanced as today.

Awareness of breast cancer increased throughout the 20th century and the movement began to gain more momentum in the 1980s and 1990s. In recent years, the pink ribbon, and the color pink in general, as a symbol of breast cancer awareness has become part of popular culture.

2. The Pink Ribbon of Breast Cancer is Exploited by Companies

Some critics of the pink ribbon campaign say that while it has brought more attention to the issue, not enough is being done to promote the search for a cure. It is one of the more controversial breast cancer facts that some companies that use the pink ribbon in their promotional campaigns also make products like alcohol that can contribute to an increased risk of cancer.

Whether or not the use of the pink ribbon is appropriate in all contexts, the increased awareness of breast cancer is one of the good breast cancer facts. The more people know about it, the more comfortable society will be discussing the topic. This allows women to find support through groups and to receive more sensitive care during medical treatment.

3. There Are 5 Important Ways to Detect Breast Cancer

The first line of defense against breast cancer is breast self-exams. By knowing your body you will know when something has changed or doesn’t feel right. Some of the signs of breast cancer to look for include a lump or thickening near the breast or armpit. Nipple tenderness and nipple discharge that is clear or bloody can also be symptoms of breast cancer.

Sometimes the skin of the breast will change and will appear rough and porous like the skin of an orange. Though the color may not change in this instance, skin discoloration is another sign of breast cancer.

4. For Every 2,000 Mammograms, 10 Healthy Women Will Be Misdiagnosed

In addition to self-exams, and to confirm any suspicions from a self-exam, a mammogram may be used. Mammograms use X-rays to examine the breast and detect any cancer present. The goal here is to see any tumors that may be forming and are undetectable through touch or haven’t grown to a significant size yet.

The use of mammograms, which is called mammography, is possibly the most controversial of breast cancer facts. Recent studies have shown that mammograms may sometimes cause more harm than good.

For instance, for every 2000 women screened in the course of 10 years, one will avoid dying of breast cancer, while 10 healthy women, who would not have been diagnosed otherwise, will be treated for no reason! A further 200 women might experience psychological trauma from false positives during the testing.

Other studies have shown that mammography is most effective in older women. One of the breast cancer facts that is currently under debate is whether or not mammograms make sense for everybody, regardless of age.

Self-examination continues to be the most important means of detecting breast cancer early. More than 80% of breast cancer cases are first detected by women who feel a lump in their breast.

5. Eating a Poor Diet Increases Your Risk for Breast Cancer

As further research is conducted, more breast cancer facts are established. In recent years, scientists have found some genes that increase the likelihood of someone developing breast cancer. However, studies so far have only identified genes that play a role in 5% of cases.

The BRCA1 and BRCA2 gene mutation is the cause of most of these identified cases where genes influence the likelihood of someone having breast cancer. This particular genetic condition accounts for up to 90% of the total cases where genes have been identified as playing a role.

While there are distinct types of breast cancer, they all share the characteristics of cancerous cells. Normal cells replicate and then die. This is a good thing, as it allows our body to replenish itself with new cells over time. Normal cells also generally form tissue with other cells.

Cancerous cells are abnormal cells in the body that are unable to replicate, lose their mechanism for dying, and do not form tissue correctly. There are specific chemical pathways in the cells of our body that instruct the cells when to perform certain functions. Genes control these chemical pathways. These pathways cease to function correctly when genes are mutated through heredity or environmental factors, or a combination of both.

8. BRCA1 and BRCA2 Mutations Are High-Risk Markers for Ovarian Cancer

One of the lesser-known breast cancer facts is that breast cancer is often linked to other cancers. In the case of the BRCA1 and BRCA2 gene mutations, there is also an increased risk for ovarian cancer.

Sometimes breast cancer is only detected after the symptoms of the lung, brain or liver cancer become apparent. Early diagnosis through self-examination is important to treat breast cancer before it spreads to other parts of the body.

9. Less Than 20% of Lumps Found in a Women’s Breasts Are Breast Cancer

It’s one of the most important breast cancer facts that most breast cancer is detected by a woman feeling a lump in her breast. However, less than 20% of lumps are cancerous. There are many benign breast diseases, such as mastitis, that can cause similar symptoms.

This does not mean that someone should avoid seeking treatment when they feel a lump in their breast. There should be less fear of the lump being cancerous, but all precautions should be taken. Breast cancer affects women of all ages, and all lumps that are found should be reported to a doctor.

The treatment for breast cancer is one of the sad breast cancer facts. Most women who have breast cancer undergo a mastectomy which is the partial or complete removal of one or both breasts. As time has gone on, a lumpectomy which only removes the cancerous portions of the breast has become more common. However in many cases, a mastectomy remains the recommended surgery.

Chemotherapy, or the use of drugs to treat cancer, is also used to treat breast cancer. Often surgery and chemotherapy are used in combination to remove tumors and kill any remaining cancerous cells.

For women, the social and personal issues surrounding breast cancer are most prominent with mastectomies. Thankfully, it’s one of the good breast cancer facts that reconstructive surgeons have started working with breast cancer survivors to help them lead more normal lives. Breast implants after a surgery can help women regain their confidence and overcome the social stigma that surrounds breast cancer.

Perhaps the best of all breast cancer facts is that the social stigma of breast cancer is much less than it was. Pink ribbons are a positive thing, especially when they encourage people to look for the signs of breast cancer and to seek treatment early.

Self-examination continues to be the best way to detect breast cancer early. Women should not be afraid to report any lump that they find in their breast. Breast cancer treatment options and support after surgery have dramatically increased as awareness has grown.