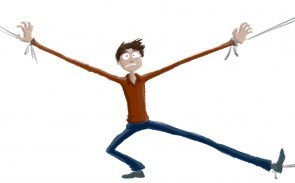 Black Hole Theory indicates that it can stop time and can break every physics law. There are many Black hole facts will let you question on every law of physics.

What is a Black Hole?

A Black hole is a region in space where matters infinitely condense, it’s a singularity in space time.

How Big Are Black Holes?

As mentioned earlier black holes can be 20 to 30 billion times more massive than Sun, recent studies and researches indicates that 30,000 light years away there is a supermassive black hole at the center of Milky Way Galaxy.

Most people believe the first person to develop the idea of black hole was Albert Einstein, well it’s true that Einstein revived the theory in 1916 but it was actually John Mitchell who first came up with the concept of black holes in 1783. He wondered that how the movement of light particles is impacted by the gravitational pull of the star when they are escaping, and what would happen to these particles if the gravitational pull was so strong that Light couldn’t escape.

Nothing Can Escape Its Pull

With anything even light passes through close to a black hole would be pulled in by a very strong gravity. If anything else acting on the object is stronger than the black holes gravity then it can escape the pull which is known to be impossible.

What Happens in a Black Hole?

You probably should be thinking about one of the most interesting black hole facts, “What Happens if you fall in a Black Hole?” Let me tell you that black hole is simply not a very beautiful place; it’s something that can completely vanish you to nowhere.

Let me tell you that when you experience a black hole, it turns out to be horrible, horrible, awesome and horrible stuff!! Yeah something like that will happen to you when you fall into a black hole.

Let’s assume that you have jumped into the black hole and you have gone beyond the Event Horizon, The force of gravity will be massively stronger than that of earth, at first you wouldn’t notice anything, but when you get closer to the center, your head gets squished and your whole body gets stretched, in short I should say that you will become something like “spaghetti”. Eventually you are just a stream of atoms on your way to joining the singularity.

If we somehow can watch a clock getting sucked into a black hole, its hands would appear to slow down as it approach the horizon and eventually would seem to freeze altogether. The freeze in time is due to gravitational time dilation which is explained by Einstein’s theory of Relativity.

The gravity of a black hole is so strong that it can slow down time; anyone watched the Interstellar would get the idea of time slowing down. Interstellar is a Hollywood movie that explains a lot about Black hole theory, I suggest you to watch that movie if you are interesting in watching these black hole facts practically.

You should try reading more information on our recent topic: Planet Jupiter Facts and Myths

The singularity at the center of black hole may eventually become an infinitely small point in space, containing the infinite mass. Here the gravitational force is so strong that the space time surrounding the singularity is back to an infinite curvature.

It’s hard to conceive of something that has no size yet infinite density and at this stage all the laws of physics that cover the universe completely break down.

If you collapse the entire mass of the object into a single point, the density would be so great, that not even light could escape, thus creating a black hole.

Of course!! There’s is no known way yet proved to compress anything to such a finite point.

If you enjoy reading some of these Black Hole facts, then you should also try reading: Eiffel Tower Facts and History

A Worm Hole also known as Einstein Rosen Bridge is a theoretical opening in Space time enabling a shortcut from one part in a universe to another. From the outside Worm Holes and black holes look similar and it seems very difficult to distinguish between both.